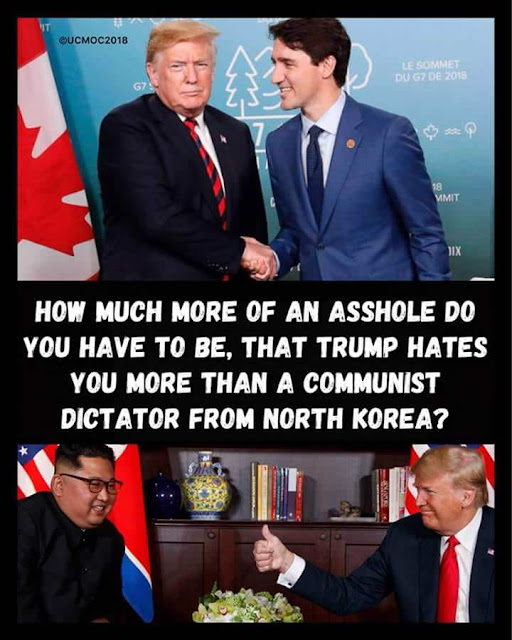 The liberal rag sheets up here are all in a flather about 'how Trump is bullying' our fwench faggot of a prime minister. Turdo is strutting around proclaiming how 'Canada won't be pushed around' and our cuck conservatives are lining up behind him to sing the same tune. We are being told to 'buy Canadian to stick it to Trump' and the guy on the street just rolls his eyes.

As an Albertan I have more in common with Americans than I do with those liberal fart suckers out east. Those a-holes consistently elect corrupt and incompetent politicians. They are so damned stupid they will sell their votes to politicians who will pay them off with their own money.

I think Turdo has realized that most of the world and his own countrymen think (correctly) that he is a pussy - so he's trying to flex a little muscle to impress his fellow stupid kids. It's not working of course, and liberals are getting turfed up here in election after election. The only problem is though, we have no real conservatives to oppose them. Most of our conservative politicos are cucks and punching bags for the leftist mass media. I suppose anything's better than Turdo but the alternatives aren't that great either. 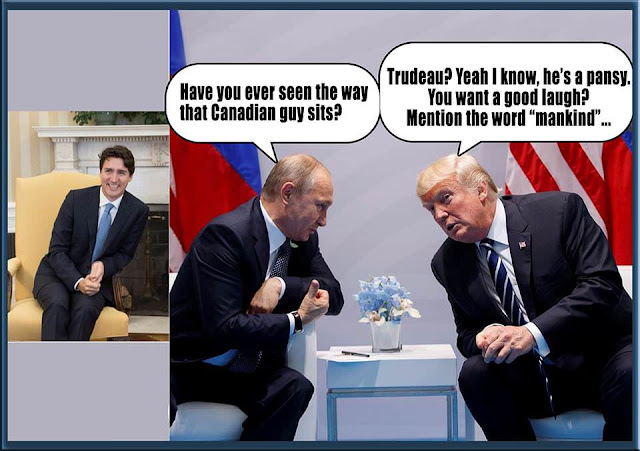