Rotten Wood Smoldering: Taking The Vote Away From Stupid People

I am addicted to internet memes. The ruder the joke, the happier I am! I laugh at all the wrong things that aren't funny. But... I didn't laugh at this one. 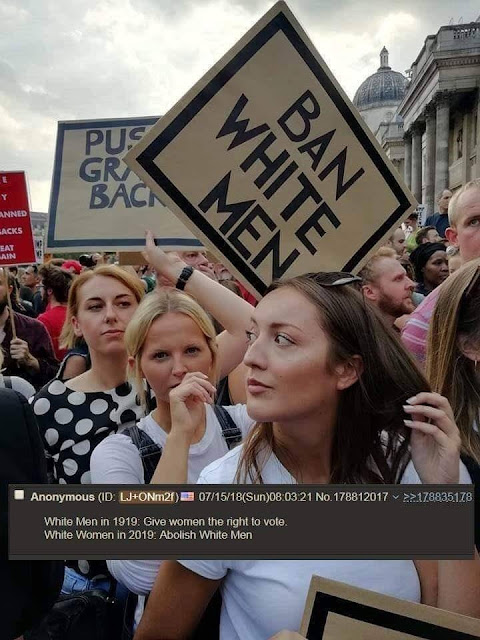 This one's making the rounds lately and brings the expected comedy and hilarity from the Usual Suspects:

Monsiuer de Chapeau Heartiste is a card, innint he? I saw a study that disappeared almost the second it hit the innernet awhile back. It was the divorce stats for inter-racial couples. For white women and black males in was north of 90%. For couples with white men and black women it was north of 80%. Can't remember what the stats were for violent spousal abuse but they were up there too. It doesn't seem to occur to these women that without white men they'd be living in mud huts as slaves.

The Z Man believes that the fate of America is sealed as long as women have the vote. Taking the vote away from obvious retards like these is a no-brainer, but the next problem with that one is - where do you draw the line?

I really think we need to start drawing lines. But... where to draw them?
Posted by Glen Filthie at 18:39