Does This Stir Something In Your Soul Too? 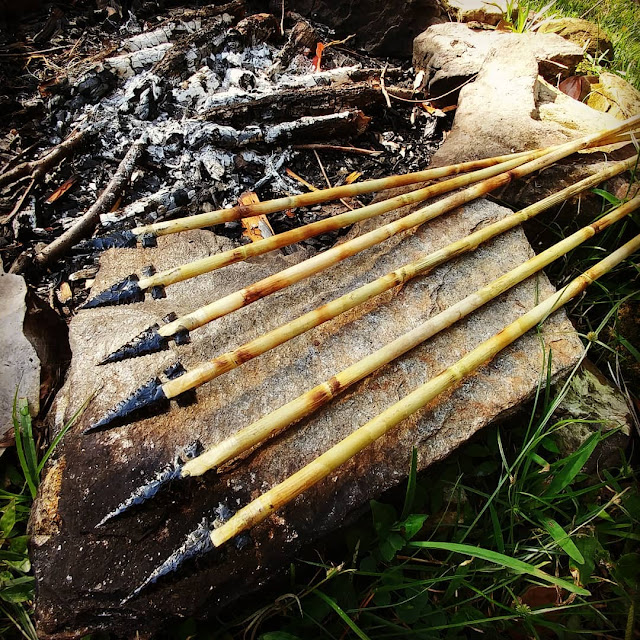 I love the looks of a good rifle. I have rifles out the wazoo and I still get evil thoughts when I see a gun that tickles my fancy. Jack was yammering about a S&W 686 on his blog and I am just heartbroken. That gun has been on my bucket list for so long that I just plum forgot about it. One of my arch enemies at the gun club shot one and he spanked me with it more than once at the informal gong shoots. I'm strongly tempted to procure one for myself, at long last!

But other weapons appeal to me too. A couple weeks back a professional knapper made a dozen arrows with flint arrowheads and I was instantly struck by lust. The arrows were all straight as, well, an arrow; all the heads were the exact same size and the exact same shape. If you ever want to experience masochism for yourself - try flint knapping. Then watch a pro do it - he will strike the stones with a certainty and skill that has to be the product of black magic.

King Peter and I are considering bow bending again. Back in the day I shot several bows but my favourite was a Darton set at 75 lbs. I was shooting a couple hundred arrows a day and managed to get pretty good. I got banished from the local outdoor target league when Stu The Jew and I showed up for a tourney and got busted for having beers in our back quivers. Even though we were half sloshed, I came in first, and Stu was a close second. The disqualification allowed us to step aside so that the match could go to the younger and more worthy archers.

Probly couldn't hit the broad side of a barn now.
Posted by Glen Filthie at 18:37