The winners, rather than the losers write the history of the wars they fight. I dunno what to think of the World Wars. There are so many people out there that are flat out revising history in order to help them polish their preferred turds lodged here in the present day. When ya come from a family of progtard liberals as I do - ya hear it all: "The ruling elite of America 'let' Japan bomb Pearl Harbour in order to justify retaliations...!!!" or "Imperial Japan didn't do anything Imperial America didn't do first...!!!" and it gets dumber from there. 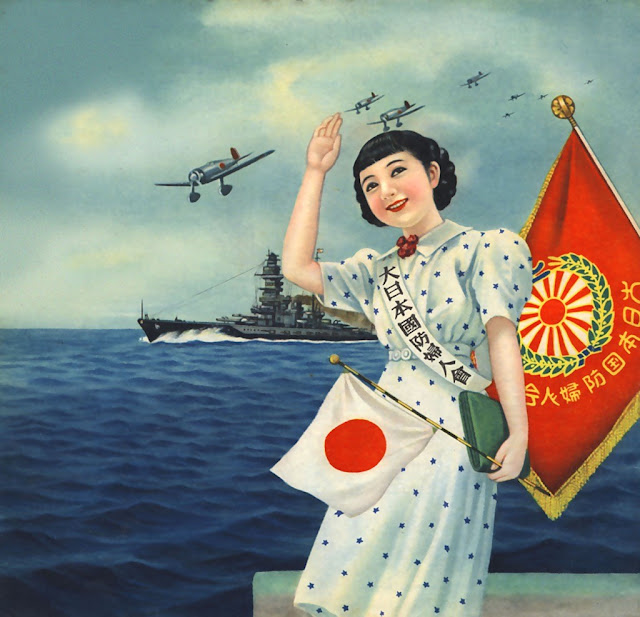 I have no idea what happened during WW2. I used to study on it and think myself fairly knowledgeable of the events in the war in the Pacific I read everything I could get my hands on about it. And maybe the liberal family wanks were right because as time went on, I have heard snippets and bits and pieces from historical authorities that I respect - and they were often at odds with the perspective and narrative that I had been working with and raised to believe. 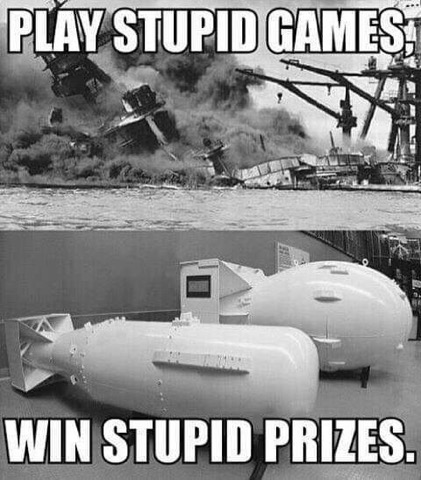 A lot of folks won stupid prizes during that time in history. I may be full of beans, but I think FDR was actually a commie prick, and America won that war in spite of him rather than because of him. MacArthur might have been as well. Not sure about Eisenhower either, for that matter. The convoluted conspiracies and scams of our current leaders have left me skeptical about EVERYTHING, past and present.

Who knows, I can't even wrap my noggin round the stuff that's happening today! TB has an interesting take on information management in the day of social media. I wonder in the days going forward, if the winners will continue to write the history books. I think it was the Benghazi incident where those politicos got killed - and Obutthole and Hillary stood idly by while it happened. When the news leaked out they went into damage control mode, pulled a lame whopper out of their rectums... and tried to claim the mudflaps went berserk because some obscure racist put out a vid on OyTube that was insulting to moslems. The fake news was on the wires, all the networks primed and ready to go, with the media slobs all marching in lock step - and the carefully prepared script was exposed the next day. Other crimes and cover ups fell apart for the Donks the second after they were committed. TB is right - you buggardly peasants have way too much information - and our leaders and managerial class won't get ANYTHING done until you are back in that dark room with the chit and the mushrooms, HAR HAR HAR! HAR HAR HAR!!!

All I know is that when you finally get that your enemies are lying to you - the game gets mighty tough and almost impossible after that. That - and we are all going to win some stupid prizes in the days ahead. 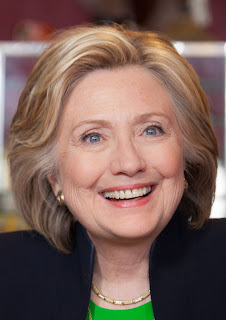 I read somewhere on the innernet that Mrs. Hanky might run again in the next
American election.
Miss Kamikazee 2020?