I've always frowned on IPSC and IDPA. The games arose from the genius of St. Cooper. Jeff was an intelligent, white male mitten head and former jar head that understood pistolcraft as an art as well as a science. Current poseurs and gas bags will say crap like 'the purpose of the pistol is to fight your way to your rifle'.  If you tackle an opponent that is an acolyte of practical pistolcraft with that mindset... you're dead. A real pistoleer will blow your brains out before you get anywhere near your rifle!

IPSC is a practical pistol discipline that teaches shooting as an athletic endeavour and those that master it are truly formidable opponents if a tactical situation develops. They develop the muscle memory and athletic skills to bring their guns into play in close quarters situations - which has always turned me right off. I am the sort that believes in prevention and precaution - and will usually avoid 'tactical situations' altogether. Running around, blasting off ridiculous amounts of ammo at ridiculously close targets that are ridiculously large has always stuck in my craw sideways. If I ever had to shoot in anger I'd pot the bad guys while they're 300 yards out! HAR HAR HAR! What kind of idiot lets them get so close? Tactically speaking it is a valid mindset - a pound of prevention is worth a tonne of cure. But let us game this out and indulge in free thought!

We need to be brutally honest about carry guns. 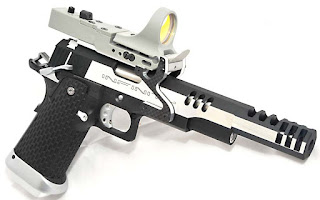 This is a pistol meant for playing games.

If all you need is a gun to settle differences of opinion and/or government and social work... 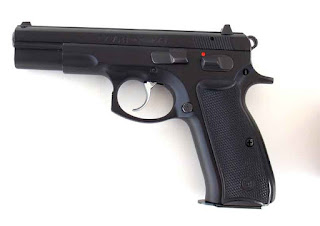 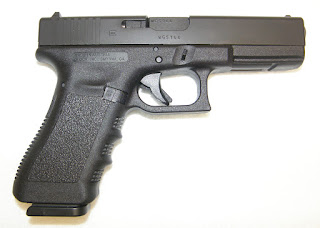 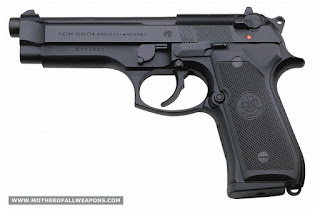 the job. (With all due apologies to the squaddies and law enforcement, of course. But
when black pimps are using the same guns you are - the truth is what it is!
HAR HAR HAR!!!)

But last night I got dragged out to a local IPSC match by the boys and it looked like a good time. There were all kinds there - 'gun bunnies', tatted up beardos, women, old stubfarts like me, even a geriatric who seriously had to be pushing his 80's. It was awesome - guns were out on the tables or on holsters everywhere and nobody was a dink or an a-hole. Everyone chatted and had a good time. Because you are going through a pile of ammo and losing half your brass - a 9mm starts making sense.

Because of the peer pressure from my retarded friends, and the realities of IPSC... I am kinda hooped. I need a gun that is halfway between a full blown race gun and a POS like the three suspects above. I don't want to be shooting my beloved .45's on foolish games like this. So for hacking around on the IPSC course a pea shooter like the 9mm is probably actually to be desired. And to an eminently practical man like myself, who has no need to impress anyone but still wants to maybe compete on a half-arsed level... 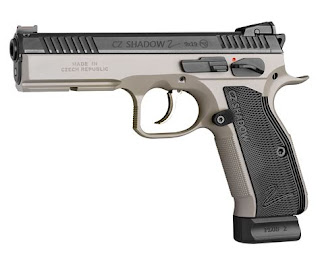 The gun wanks are all saying this is too heavy to be considered a practical pistol.


That's the CZ Shadow 2. It was designed as a competition/carry hybrid. It's heavy - and I loves me my heavy guns. It has metal grips - which I hate. But the sights are adjustable, the front's a fibre optic, and they are only 1300 bucks. The gun wanks claim the trigger is first rate, and contrary to the US Military, the CZ 75 is hands down a better gun that the Beretta 92 and the old Browning Hi Powers that Canadian squaddies are still using. I won't talk about Glocks because I have psychological issues with anger and rage management.

Hmmmmmm. 9mm? I wonder if I should get into this?