The SKS: A Matter Of Preparation

Right now, as we speak, Canadian Prime Minister Justin Trudeau and his retinue of homosexuals, vibrants, and feminist rage heads are getting ready to take a run at your right to own property and defend yourself. Which way that one goes is anyone's guess. In Canada, you do not have the right to defend yourself or your property, and the courts (infested with leftist activist judges) often side with the perps in such affairs. Right now they are supposedly after only handguns and assault rifles - but anyone that believes that is an idiot. They want all the guns, and no bones about it.

If you haven't got a gun for home defense and disaster preparation - now is the time. If you buy the gun now you are virtually scot free - sure, they record who the gun is sold too, but beyond that they are hooped. You can buy and sell certain guns in Canada merely with a phone call to the CFC who do a rudimentary record check and keep no permanent records. Their data base has been hacked and repeatedly crashed, their records are hopelessly hooped, so if they ever come calling to collect your gun you can tell them that you sold it years ago to some guy in Red Deer … and oh, sorry, no records - and the cops will basically shrug and go away. They are not going to enforce this crap even if it passes, and non-compliance will be rampant. About all Trudeau and his team will accomplish is making it harder for lawful people to get guns, and easier for failed social experiments to victimize innocents. I am not advocating disobeying the law; what I am advocating is that if our idiot of a prime minister and his cronies decide to abuse the law - YOU will be in a position of deciding whether or not to comply with it. As opposed to, say,  having some truly disgusting people make that decision for you. Of course I myself fully intend to comply with all the present and future gun laws! BEEEEEEEEEEEEEEELCH!!!! Sure, I'll have another beer too, thanks! What is that awful stink that has come over my blog...? 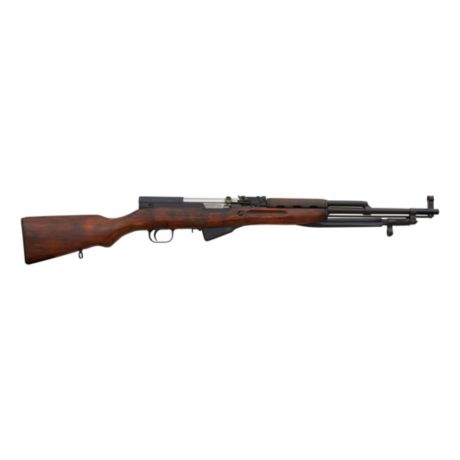 If you don't have a gun in the house, go buy one of these. Do it NOW.

The SKS is a great choice for the noob or non-gunnie to arm himself and protect his family. I am not an expert in these, but I hear you want to get one made in Russia, Finland or Yugoslavia. The Chinese clones have spotty QA issues. They usually run around 350 bucks or so, and can be used effectively by the whole family. You can probably get a thousand rounds of surplus ammo for a song and a dance too. The 7.62x39 Russian cartridge is mild mannered, cheap, and a helluva lot of fun to shoot. At our club it often happens that when the milsurp firearms like these come out, the high end match guns sit on the racks and the milsurp beaters are passed back and forth. Everyone smiles and has fun shooting these. My SHTF guns are high end AR15/M14's that cost a lot of money. They're great for a gun club stubfart like me or serious competitors like Borepatch or ASM - but the casual shooter doesn't need the bells, whistles and farkles of such guns.

This Christmas, kill two birds with one stone: get one of these for your son and use it as an excuse to get him out and shooting and spending time with him. Better yet, buy two so you have one too. You will have a pile of fun, AND be ready to defend yourself and your family should the need ever arise.

Most of these will shoot well right out of the box but some guys gotta tinker. Riflechair seems to have accurized his SKS.

Grab one of these great bargains while you still can.
Posted by Glen Filthie at 09:42