Awhile back I TRIED to learn us everything we need to know about camp coffee - and a food fight about camp stoves promptly broke out! M took personal offense at my decision to retire my trusty (but elderly) Coleman camp stove. 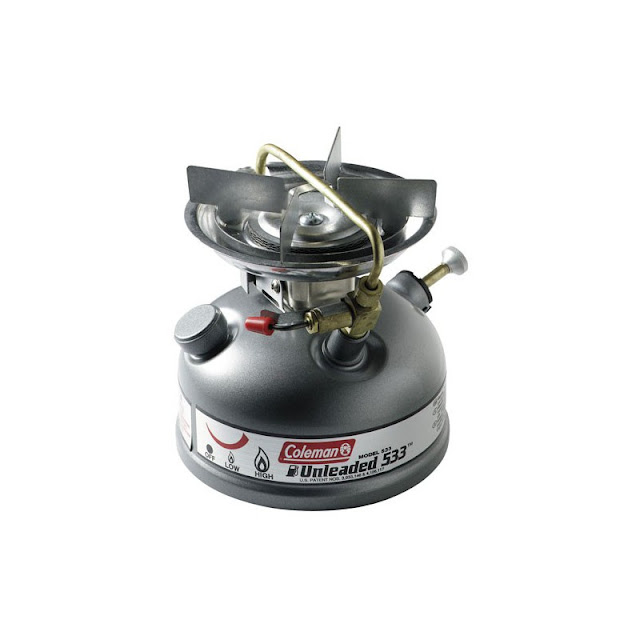 He's absolutely right, of course. I've done the standard repair kits
three times, but my stove is 30 years old, has 100 000
miles on it - and needs an overhaul. That is easily do-able too,
and I will probably do it when I get round to it.
You can control the heat on these things like a chef.
Mine is the classic older green one.

I fell in love with the Jet Boil stoves about 4 or 5 years ago and have been using them ever since. These things pack up small and light, they work like a hot damn, and other than cold weather - which any stove will have problems with - it's been perfect. I learnt on the innernet that you can buy coffee presses for them so we went down to MEC and bought one last weekend. Problem was - it was the wrong size. It was too big and made for the Jet boil's big brother, the Sumo. 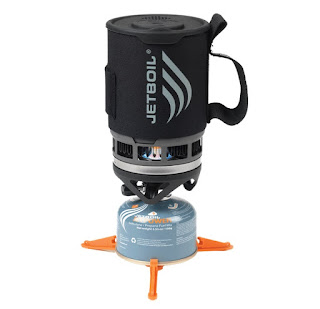 So the idea yesterday was coffee with King Peter and his lunatic wife, Mary. (Royals and red heads are prone to insanity so she gets off on genetics). Afterward we'd go back to MEC, exchange the coffee press for the right size and get back in business. When we told Peter and Mary about it the fight broke out all over again! Apparently Pete set his on fire a couple times and threw it out in disgust. That is actually damning testimony worth noting - Pete is a hard core hiker like ASM and when he goes for a walk in the back country - he's gone for a couple days at least. He's been billy goating up the mountain sides a few times after the rams and goats on hunting trips too. When Pete and Mary speak on matters outdoors - it pays to listen.

So when we got to MEC, we learned that the coffee press was only available for the Jet Boil's big brother - The Sumo. So we bought it, King Peter and Crazy Mary be damned! HAR HAR HAR!!! (And before M and the usual suspects weigh in - they didn't even have Coleman stoves there).

And so I started slobbering over the knives and accessories when - who do we run into? King Peter and his crazed wife. The discussion left The King wanting a new stove too. This is what they bought: 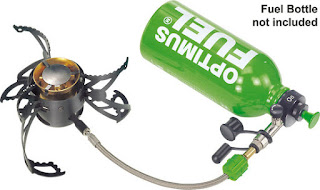 The version Peter bought runs on manually pressurized fuel bottles like this. It supposedly consumes fuels like
diesel, white gas AND the disposable pressurized isobutane
fuels. Harumpffffff!!! Doesn't get more versatile than that....
$200.00 Canukistani… Hmmmm…...

I dunno what to think about that one. Make no mistake, I love white gas... but sheesh... a stove that burns everything? Sounds too good to be true to me. We'll see how he does.

As for this old fart - welp, it's early, it's Sunday morn and -32C outside... I'm gonna go see if our new toy can make coffee in that. Keep your fly zipped and your nose clean - and don't say anything rotten about me while I'm gone.

M weighs in with these blasts from the past: 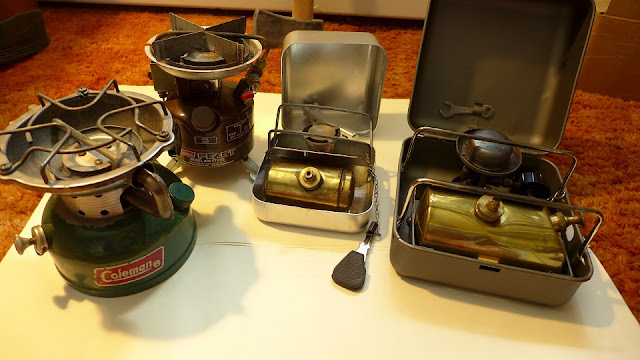 The last time I saw vintage Optimus stoves like that was
22 years ago when I was running an ambient air analysis and the wellsite supervisor
used one to boil me up some coffee on the truck tailgate.
I tried to buy it off him but he wouldn't hear of it.
This is M's collection, apparently. Any one of them could do anything you'd ever ask of
a good camp stove. 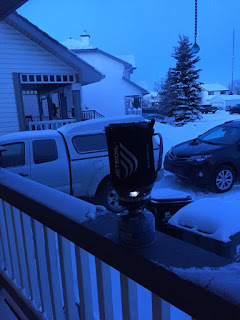 The jet boil gave us 1.8L of boiling water
in about a minute and a half at -32C.