Is there such a thing? As Canadians, we are too irresponsible and stupid to be trusted with handguns unless we pay a fee for some fuggin hare lipped liberal retard to rubber stamp some papers that say we are. And - as you'd expect, the vast majority of gun crime is committed by our more culturally enriching and vibrant demographics - who overwhelmingly vote liberal, oddly enough. That's why we need to shell out billions of dollars to register Pop's old duck, deer, and gopher guns - and have even more restrictions on pistols and scary black guns. I hear Turdo La Deux is even considering gun bans to make Canada safer. Good luck with that, Fwenchie! HAR HAR HAR!

Errrr… why am I talking about that??? The mind wobbles; allow me to focus!

Turning the conversation from filthy feral fwench bitches to women - one has to wonder if there is such thing as a 'woman's gun' besides those garter sized derringers that went out with the flappers in the 1920's. Awhile back Flapz had been down in Montana and fell in love with the place because he was on some back road some place and met a chick that was openly carrying a Glock - and of course they got along famously as Flapz quizzed her about any available properties in the area for sale. The womenfolk can obviously shoot the same guns us fellas do. My wife, for example, shoots a 1911 just fine but she doesn't like my big HK USP. She has small hands and that gun is a handful for me too with my medium sized hands. 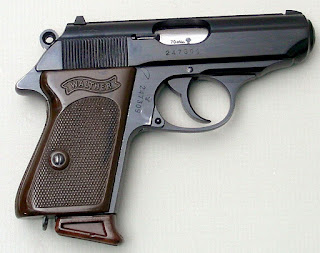 She fell in love with the Walther PPK when we went to our first
gun show together as kids.


I've heard the Walther's actually a rude little bastard to shoot. Apparently hammer bite is an issue with the little guns and the rudimentary sight radius means they're only good for social work. Those guns are for business and that's about it - at least that's my impression of them.

The wife of the handgunning stubfart has to be able to keep up. Tin cans, paper targets, vibrants, politicians, tax collectors, commies - Canada is a target-rich environMINT, HAR HAR HAR!!! HAR HAR HAR!!! We gotta be ready for ANYTHING up here! :)

Folks, I think I have found the ultimate lady's gun. 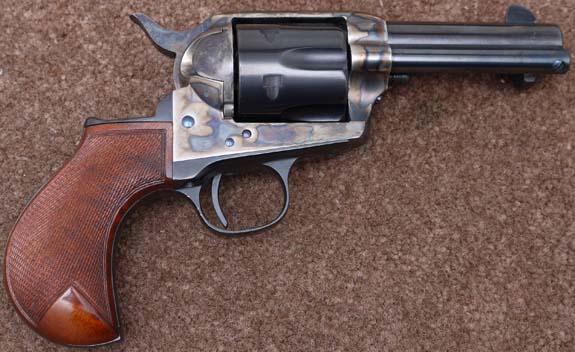 Apparently that is your garden variety hog leg with a gracefully
and elegantly re-shaped handle... the so-called 'bird's head' grip.
It's small for lady-sized hands and I've heard it
is a dream to shoot chambered for the .357/38 special.

Whaddya think, fellas. Would that look good on your lady? I certainly think so! One a those on a lady's hip would go a long way in making sure a fella crosses his T's and dots his I's in the presence of a lady with such refined senses and sensibilities.

And because shooting is a healthy, wholesome endeavour that can bring couples closer together - these refined Peace Makers should probably be purchased as a set: His N' Hers, if ya catch my drift. 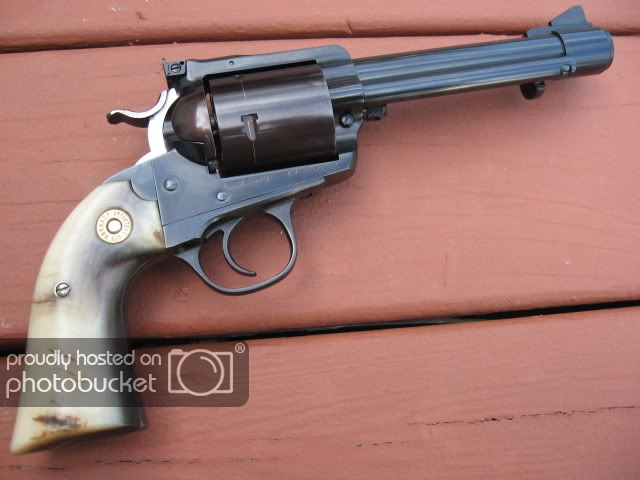 At full power loads this fire breathing 475 Linebaugh custom will
turn anyone into a flinching idiot.
I hear they are complete sweethearts when loaded to more
geriatric levels.
This is a distinguished gun for the distinguished gentlemen...
which probly lets me out...:(

Okay! Alright, I might be out to lunch on the Linbaugh, but I think I am right on target with the lady's gun. Feel free to contribute your two cents if yer so inclined and have a great Sunday.
Posted by Glen Filthie at 05:52