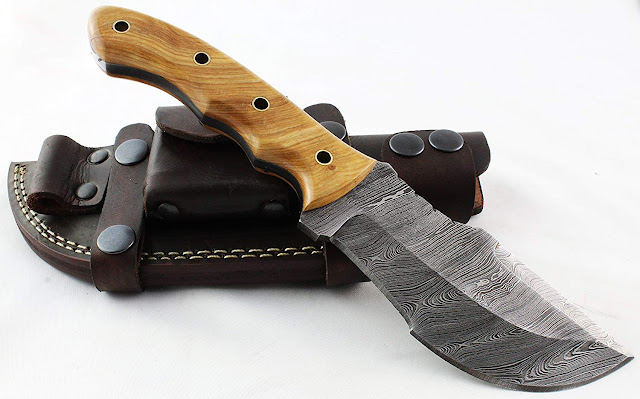 I am trying really hard to like this knife - or the new breed of 'Trackers' as they are called - but I'm just not seeing it. That thing would be a royal PITA to sharpen, and yeah, I've seen the cool kids doing bush-crafty things with them like any other knife. I love the looks of them. The false edge appeals to me.

Variations of this concept get utterly silly. 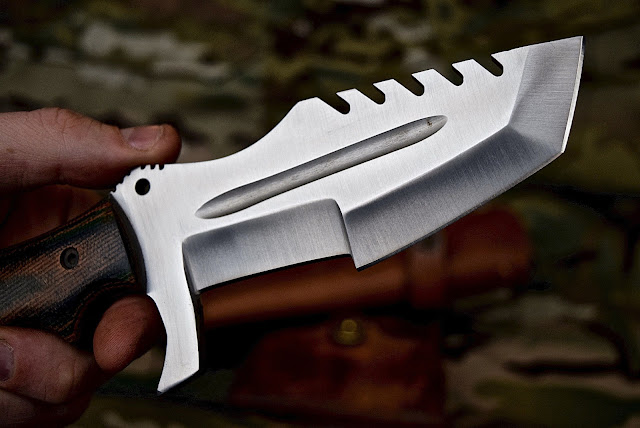 That one might be good for digging a rock out of the ground for the fire pit, or maybe sticking it in the gizzard of some PANTIFA or Talibanger a-hole... but even then there are better knives for those too. This one doesn't even look good to my eye. 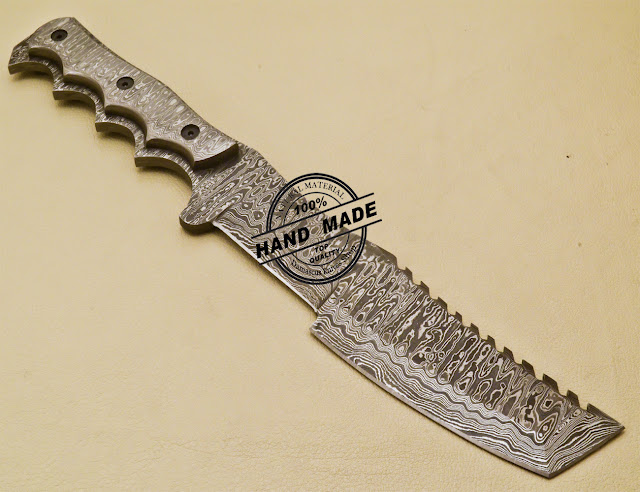 GAH - that one looks like the blade some stinky jihadi might stick in MY gizzard, HAR HAR HAR!!!


I am a man on a mission of late: I want to kit out my truck so that everything I need to go camping - is in the truck and ready to rip. I want my gear, my tarps and tent, my axe, a change of clothes - all duffelled and bagged up in the truck so that I only need to throw in a fart sack, a cooler of food maybe, and the guns and other stuff that I don't want to store there. After mentally futzing around with this project I realized that what I was essentially doing was preparing a Bug Out Bag - or a couple of them. I wanted to make sure I had a couple camp knives ready to too.

With all due respect to Rambo and the knife artisans - in thirty years of camping I've never needed a BMF survival knife (even though I had a couple). Those things are beautiful to look at, and scratch an itch in the soul - but for what I do - they're just dead weight. The knife I wanted, I realized - didn't exist. Or so I thought.


These knives are about twenty bucks off Amazon and with a little DIY they become real survival blades. I will whip the sheaths on mine with Fire Cord - the inner strands can be pulled to start fires and work even when wet - or you can use it for regular cordage. I've heard that the blades aren't that sharp - but they can be stropped to a razor with a little elbow grease. I will give 'er a go and let ya know how I make out. It's just a little project to keep the hands busy and fend off the cabin fever as we ride out the last of this cold spell.

Have a great Friday.
Posted by Glen Filthie at 05:59