About This Lent Thing

In the Before Times I actually DID torture my daughter - but not the way she says I did. When she was small I came across her in front of the TV watching one of the WORST kids shows EVER. 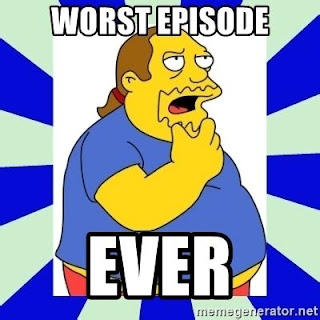 It was called Maid Marion's Merry Men and the premise of the story was that Robin and the Merry Men were all bumbling idiots and Marion actually ran the band. The kid was watching the WORST episode of the WORST childrens program EVER too! I guess in Kipperland they call it Shrove Wednesday to kick of Lent - and all the characters were making pancakes out of milk, eggs, flour, mud, straw and whatever else fell into the batter.

Pancake Day was serious business in Nottingham I guess.

I am retarded. I started dancing around to the toon and as it played I confronted my daughter: "What day is it Spud?" I demanded.

I stopped capering about like a gibbon and turned on her. "What day is it Spud..?" I said dangerously, as I loosened my sidearm in its holster.... "SAY IT." I took a mockingly threatening tone.

"SAY IT!!!" I shouted. Being a retard I was having too much fun to notice that my kid did not appreciate my antics at all.

"It's …. it's Pancake Day, Dad..." I gave her an attagirl and continued The Pancake Day Dance. She gave me a sad smile the way children do when they indulge their retarded parents, or on occasions when the kids grow up way too fast for them. The kid wasn't a squirt anymore, and was turning into a young woman. I'd blundered across her as she channel surfed and just figured she was a little kid watching a little kids show. Foolish dances and songs were no longer part of her world. It was the story of our lives, always a few frequencies and a few light years apart.

We don't do Lent, I guess. I always thought of it as some traditional custom with no real value but like all things, when you stop and take a good hard look at it... it does have its merits. It's a great opportunity for self improvement. For those of you who are in to it - good luck to you! Out of respect for you and your wonderful tradition I will not engage in The Pancake Day Dance.

I wonder though if I could do it as my own thing. Then I could do the Pancake Day Dance! And the world would be a better place for it too!
Posted by Glen Filthie at 06:30