When Ol' Man Winter Flips Ya The Bird...

… all ya can do is flip it right back I suppose!


I shouldn't complain because it has actually been less of a flip of the bird, and maybe more of a fond farewell. This morning we woke up to warm temps and powder snow and I figured me and my K9 crime fighters should take the opportunity to go out on patrol. The senior delinquents will be coming out of hibernation soon and we will need to be extra vigilant!!!

Gawd, Macey is getting old. I seriously think she is almost blind now and can't jump up into the back of the truck anymore unless I lift her. My back has been extra horrible of late so a lift is a tough proposition for me even though Macey's only 60 or 70 lbs. I figure they can ride up front with me from here on out. We decided to go out to our country church and patrol the rural areas today. 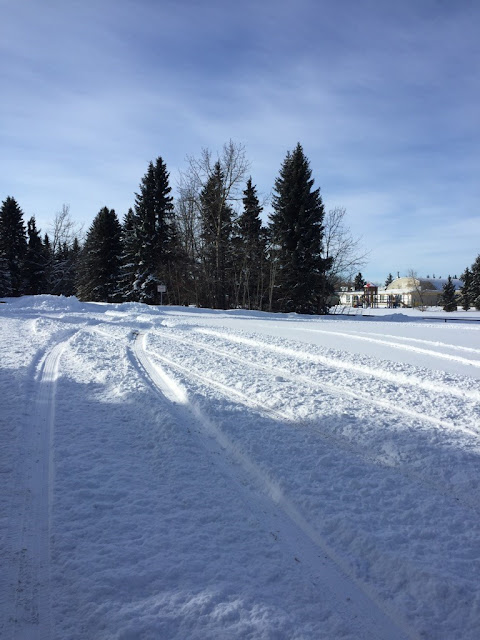 They'd cleared some snow out but I found enough to warrant the 4X4 off to the right. It was only about 4 or 5 inches deep but it felt good to roll through it with the greatest of ease.

I've been getting my camping gear moved into the Dogmobile slowly but surely and wanted to test my new fire-starting kit that I'd made. I'd heard that if you coat cotton balls with petroleum jelly they make excellent fire starter. 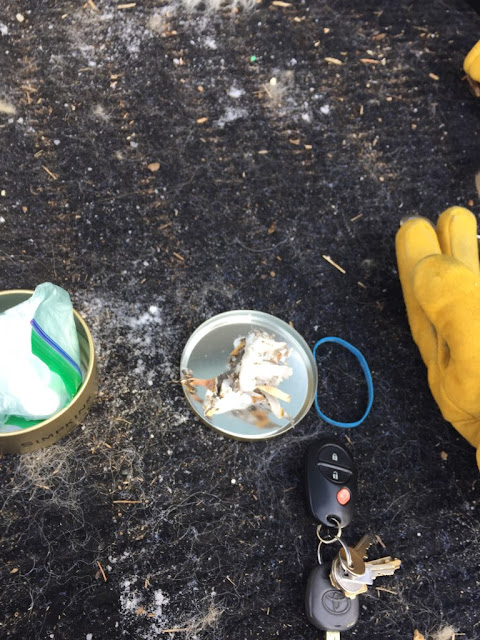 That's just some shredded up birch bark on the smeared cotton balls. I figured I'd spark it off and decide whether or not further experimentation was in order. You get the small stuff like this burning and then pile on the bigger stuff as the fire takes hold. 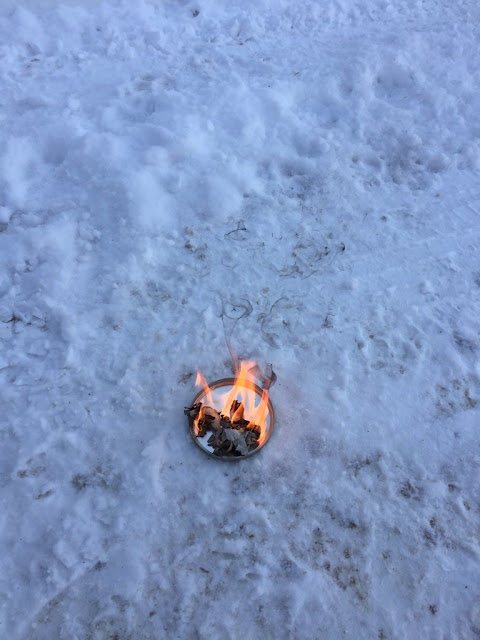 Behold your new Bush craft God!!!
Why, this little blaze was 10 times hotter than any regular camp fire
made by pussies like Jack, M, and Harry!!!  I had
to put it out before it melted all the snow in Alberta!

Holy Mackaral!!!! Oh yeah - this stuff will make a GREAT way to start a campfire. If I'd had some bigger twigs and sticks I could have just thrown them on and had a big furious fire going in no time! It lit no problem with the Bic but my next test will be made with the fire steel. I put this one out, as I doubted the church elders would appreciate retards playing with matches in their parking lot. If the tests with the fire steel are positive this will be part of all my fire starting kits. My kit is in a re-purposed candy tin. I have a fancy brass one too.

After we secured the church, we decided to head down to the RC airfield. 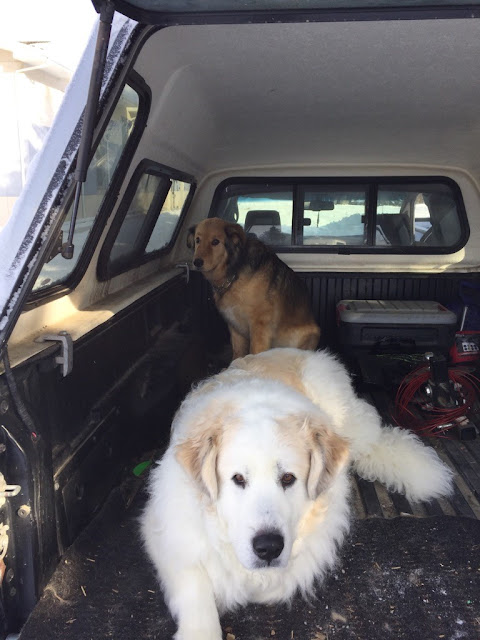 The dogs wanted to ride in the back so I said to hell with it and gently lifted Macey in. She's giving me the stink eye because I grumped a bit when my back lit up in pain. Fuggin Mort thought it was funny. It's hard to think that in just a couple short weeks he will be pig-shaved and bald to keep him cool for the summer. 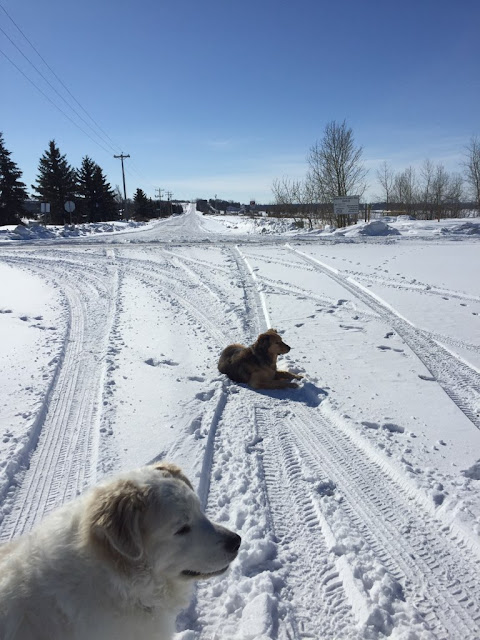 Usually we get this in Feb. Blinding sunshine, blue skies and all of it reflecting off the snow. But Feb is usually cold whereas today it was warm enough for me to roll the window down and hang my arm out! These dogs are a laff riot - they found a bunch of deep powder and dived into it and rolled around like spazzes - oinking and grunting as they rolled.

And of course, the outing wouldn't have been complete without coffee with EVERYONE'S favourite out door celebrity - the Jet Boil camp stove! I've moved mine out to the truck so it was outside all nite and cold started for coffee and even in the milder cold temps - you could hear it sputtering and farting as it tried to burn the slightly liquified fuel. 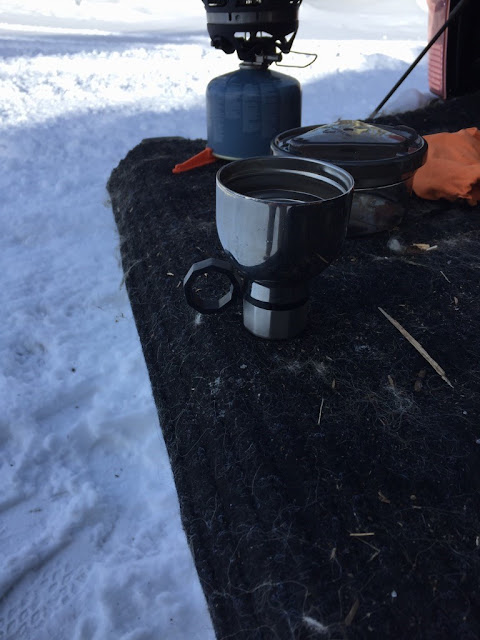 Ta-Da!!!! As everyone knows, the Jet Boil camp stove is
SUPERIOR to all others.
A warning to the Usual Suspects:
Iso-Butane-O-phobes and hurtful haters will
be ignored.
This blog is a safe place!!!!

So life is still pretty boring round here. The cabin fever is going to be dealt with shortly, though. For now I am stuck reading the other bloggers and hoping they are doing something useful with themselves.

Have a good Sunday and remember it's Daylight Savings time!
Posted by Glen Filthie at 16:51