Well just about a week's gone by since I started eating like a responsible adult and I am already down 3 pounds. (Mind you, for an Albertan (or even a Texan) that is just a moderately sized shit). What's more important is setting up responsible eating habits and patterns. 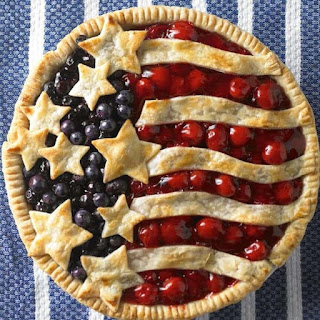 I hate berry pies but I could eat that thing in one gulp right now.

Right now the rules are easy: I will eat as much as I want of veggies, but cut the carbs, starches and proteins way back. I am going to see a dietician in a week or three just to make sure everything is on the up and square medically... but for now, just changing my habits is the goal. Unfortunately I have an addictive personality. I used to smoke and chew and went nuts trying to quit - and when I did I started eating instead. Mostly crap food too. 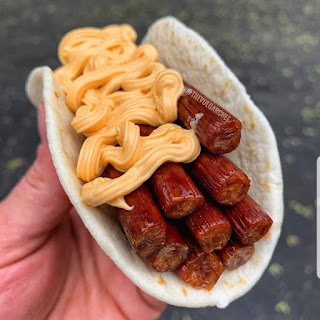 Don't think I could ever get hungry enough to eat that....

There's no magic bullet for guys like me. It's one day at a time, one pound at a time. I'm actually losing weight faster than I want right now; about a pound or two a week is what the medicos seem to think is reasonable. I look in the mirror and wonder what drove me to this? I am way too smart to be this heavy. 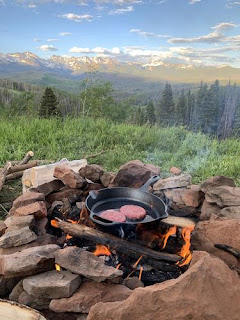 Goddammitalltohell!!!! I am doing alright! The hardest part of anything like this is getting started. I have another couple tough weeks before metabolisms settle and routines take form... but I will get there. I might slip and eat Mort or Quartermain along the way... but I'll just keep chuggin'.

You do the same! And have a great Tuesday!
Posted by Glen Filthie at 05:30