Get Your Bongos Out Everyone! 50 Years Of Spaced Based Racism!!!

50 years ago I was in the living room of my kindergarten teacher with the other kids, watching Neil Armstrong skipping and jumping on the moon. I didn't think much of it at the time because I was a tot, and I was assured that in a few years all us kids would be doing the same. It was the Space Age!


You know the tune, everyone ~ get
your gabba gabba weebeejaba
on!!!


A short time later I realized that it wasn't just my position in the family as the youngest child. I realized my mother was an idiot when she proclaimed the space program was a waste of money that'd be better off spent here on earth helping poor people. (To be fair a lot of other idiots agreed with her). I learned what welfare was, and it didn't make sense. I decided I'd better ask Pop about it. Pop started to sputter about darkies and niggers and mom told him to shut it - and that was that for that. It was perplexing because I knew Mom was full of shit, but all the cartoons and books I read assured me she was correct, and that we really hadn't gotten past the slavery issues that were supposedly settled back in the time of the American civil war.

And of course today, after countless billions spent on programs to equalize The Negro - they are still mired in their ghettos with the rats and the drugs. Africa is still a shit hole. The only difference is there's more of them now that need to be cared for now. And the usual white tards still make excuses for them. Lost on everyone is that there hasn't been any REAL racism in North America for over 50 years.

Instead of skipping across the face of the moon and getting around with a jet pack - I live in a world where everything is racist. And - if it isn't racist, then it's sexist, or homophobic or hateful. 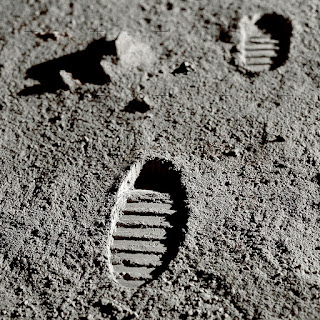 We shouldn't let blacks, or queers, or feminists get away with this shite. It's obviously not good for us... and it does them no favours either. They're still failing, they're still unhappy, and they're blaming everyone but themselves for it.

Bah! We can't start a weekend off on a note like that! Let us celebrate the accomplishments of our space faring ancestors with an eye toward some fun and mischief.


The moon and planets still wait, thankfully. Have a great Saturday.  ;)