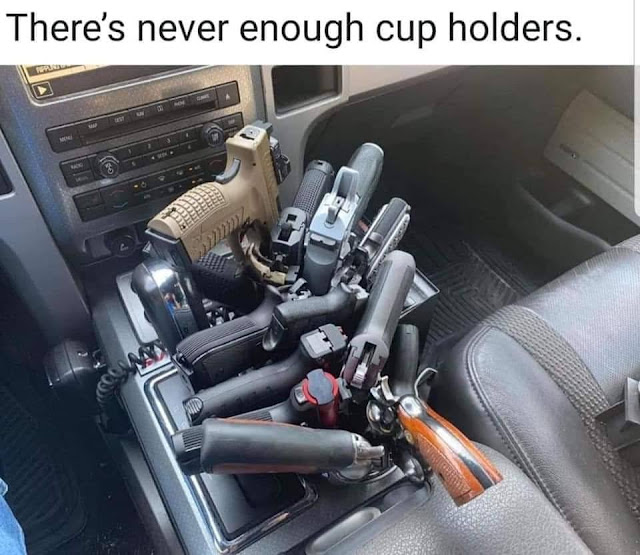 I used to always have at least one rifle in the truck. I just got so damned sick of lugging it in and out of the house, that I just said to hell with it. It violated all the safe storage laws of the time but I just said "Fuggem!". I never got stopped or searched. Flapz' dad was even worse - he ALWAYS had a pistol locked in the glove box which is a huge no-no up here in Canada. He had the same respect for cops and idiot gun laws that I did, I guess.

We were supposed to get more dumb laws but Turdo La Doo has been curiously quiet. I think that it might be that half of his countrymen are sick and tired of his crap so maybe that has something to do with it.

If we ever did get licensed concealed carry up here in Canada I dunno if I would carry or not. I do know that if I felt my life were in real danger I absolutely would - and to hell with whatever the libs think of it.
Posted by Glen Filthie at 17:22