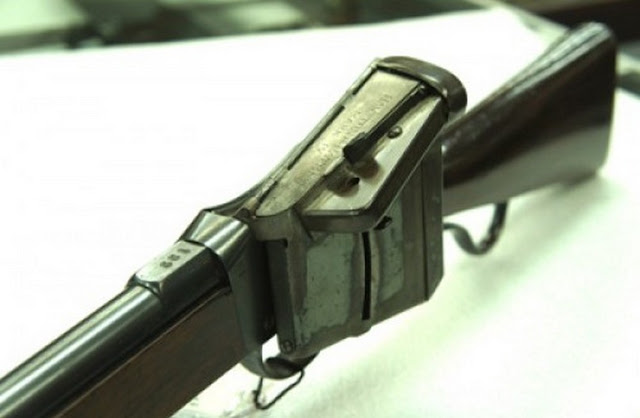 The historical pattern in firearms development was that the muzzleloaders came first, to be replaced by single shot cartridge guns. The new cartridge guns were game changers on the battlefield because they allowed the shooter to load and fire much faster.

The most interesting guns (to my mind) were those that started out as muzzleloaders, but got converted to cartridge guns later. Examples of that would be the Yank 'trapdoor Springfield'. Up here in Canukistan we have the wonderful Snider rifle.

For the life of me I can't think of a rifle that was designed as a single shot, and then modified to become a repeater. That's why I did a double take when I saw this Martini-Henry conversion. From what I read, it was unreliable and untrustworthy so it never went into actual production. Just looking at it, I wonder how you'd put sights on it to aim it...?

Looks like the Martini-Henry repeater will forever be a rifle only for the "steam punks", or eccentric fithie crufflers - like yours truly.
Posted by Glen Filthie at 05:43