I see that flimpy democrat twink, Beeto O'Rourke - has ruffled a few feathers with his promise to start grabbing our AR15's, AK47's, and presumably any other guns he finds to be too scary. I keep a close eye on American gun grabbers because whenever they do something stupid, the idiot liberals up here in Canada collectively chits itself, belches loudly and says. "Here - hold my beer...".

I'm not gonna re-hash the gun argument. It won't do any good anyways. Listen to this pustule: "If the main reason you need an AR-15 is to murder civil servants and elected officials, you shouldn’t have it in the first place..." Because, like - you don't have the right to defend your rights, right? HAR HAR HAR!!! I own an AR15, Matt, BFYTW. (For those of you that live under a rock as I do: BFYTW =Because F*** You That's Why). Bah - you can waste hours arguing with idiots like Matt Ford and his hacks and no compromise is ever enough.

We need to think productively. Hmmmm - let's assume that our guns get handed in peaceably, and that nobody gets shot. A fella is still going to need a way to defend himself in the wake of the surge in crime that is sure to follow the disarmament of the public. What are the options? Knives and blades are fun and easy to make and conceal. Bows and crossbows are easy too - but any discretion or concealment is not possible. And besides... I like things that go BANG! 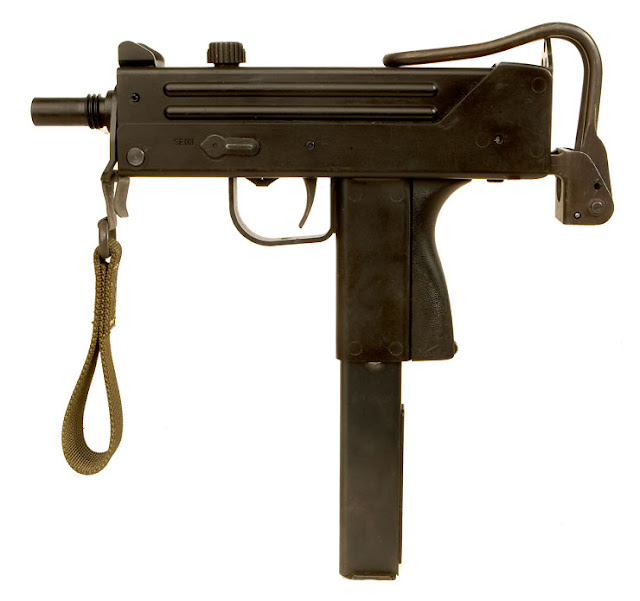 That's the Ingram MAC 11. Plans on how to build it are all over the internet.
Apparently they can be made with home owner tools although
a metal lathe and milling machine will simplify things.
Apparently some goobers out here in Alberta were fabbing them up with silencers
until the Mounties busted them. No idea how many they made
or who they were sold to. 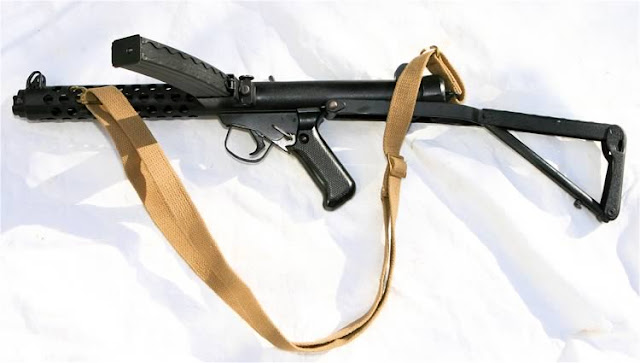 The Sterling sub gun will do too. During the Arab Israeli war in the 40's, the
story I have is that the Eeeeevil Jooooos had no reliable supply
of small arms and ammunition - they basically hadn't even founded the nation yet.
So they set up a shop and started stamping these guns out by the thousands...
in 9 days.

Beeto! Yer looking a little green around the gills! Maybe some more will settle your tender stomach? 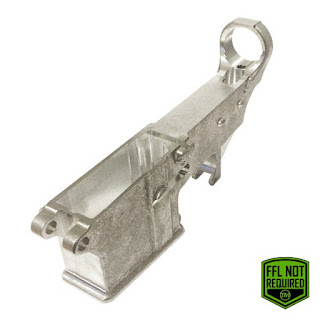 This chunk of metal is 80% of what is needed to make the lower
portion of the AR15.
Because AR's are heavily restricted up here in Canada, guys have been buying
these and completing them at home to avoid the BS with registration.
Apparently, if you are handy with a drill press and files - you can finish
these yourself, right out in the garage.

I think the liberals really need to STFU and think about this one. They can have lawfully armed and reasonably regulated citizens - or they have a massively inflated criminal class armed with black market full auto machine guns.
Posted by Glen Filthie at 08:31