I decided to take a break from the job search and get out today and get some sun. I have been sick as a dog for the last couple weeks and now I am slowly shaking it off. With deer season looming, and a possible shot at an elk... I seriously have to get my poop in a group and get after it.

I'm still torn about what to hunt with, but it's looking like the trusty Ruger No.1 is going to be the one to go this year. At least, for now. 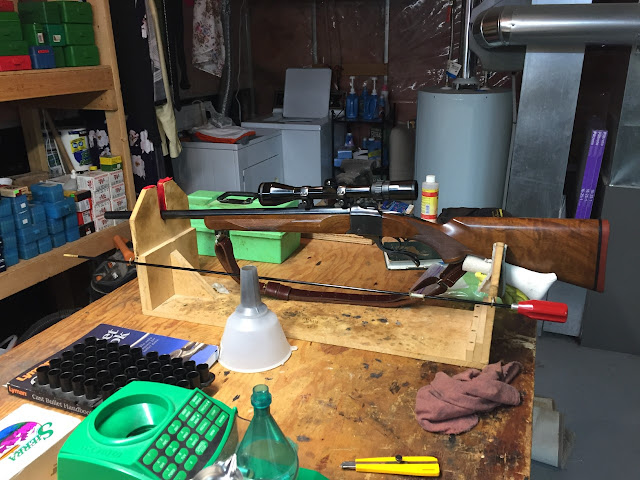 Unfortunately I didn't have a bunch of components stockpiled for this gun. All I had were some 120 gr. Nosler partitions and H4895... hardly ideal, but as I am between jobs and trying to live a more frugal life... I went with what I had. I wish like hell I had a can of 4350, but you go hunting with the guns and ammo you have, not the ones you want. 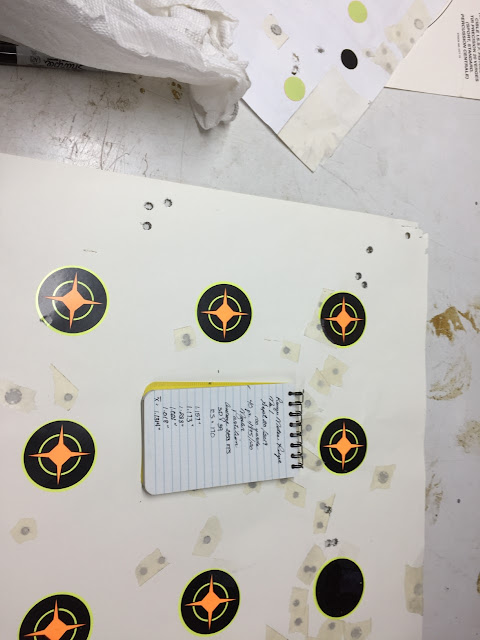 Groups averaged just over 1 MOA. That's disappointing enough, given
that 20 years and 40lbs of gun powder ago - this beast would
turn in groups about half to three quarters that.
It'd work for hunting but velocities sucked balls - averaging 2450 FPS
with a standard deviation of 39 FPS.


Folks, I just dunno about that. Boy, those velocities are dismal, with the proper fuel thet gun should be launching them about 300~400 FPS faster. For short range it might do... but I really gotta think about this one. No way will I take a poke an elk with this one. Once I got zeroed I went out to 200m. 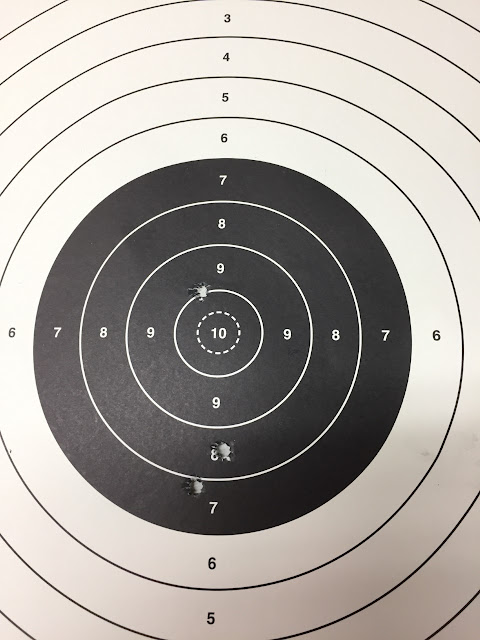 At 200m this group was about 3.5" and while the accuracy is barely acceptable...
I am not sure the ballistics are...


When I ran out of 25-06 ammo I dug out my beloved Remington Roller Repro Retirement Rifle and went to work. 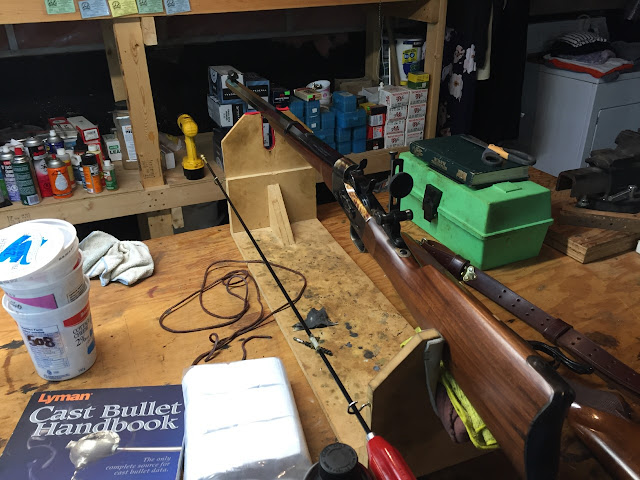 I really, really want to hunt with this rifle, using my own cast lead boolits and home brewed
45-70 ammunition. Dammitandblast - this gun wants to shoot!
I know it, I can feel it... but....

I'm getting there. Slowly. Oh, so friggin slowly... I have to learn to cast good bullets and around here, there aren't many casters or BPCR guys... so I am on my own learning as I go. But - I have good help from my arch enemy stubfarts on the rod and gun forums... and there's the odd helpful tip to be found on OyTube. 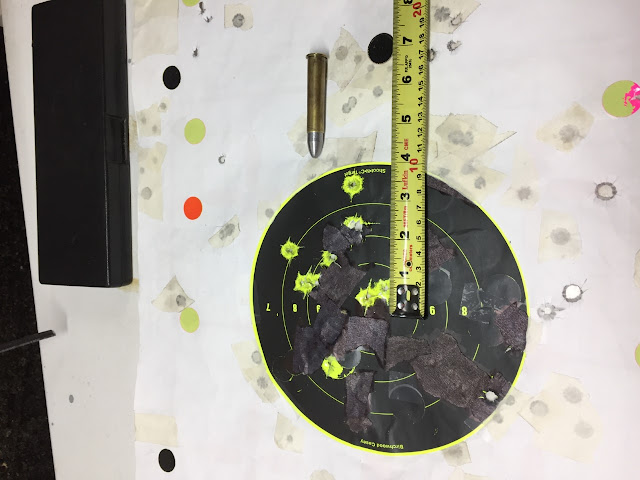 With those new and improved home cast 515 grain Money point boolits, I put about 8 or 9 into the black. That top one is a sighter. If I discount it all the rest
went into about 3-1/2"
According to the cool kids, a good BPCR rifle should be able to group between
2~3" at 100m and some of 'em will do that at 200m.
Off to the right, out of the black, are about four shots with 350 gr. cast lead flat points.
Again, the top one was a sighter - and the other three
seemed to go into about 3-1/2" as well.
I am not sure where the problem is in my shooting; or is it my cast lead boolits? Or did I
drink too much coffee this morning?

In other good news, I almost made an ass of myself when my pants just about dropped around my ankles on the range! I shrugged them up and had to keep a handle on them until I got home and punched another hole in my belt. The weight loss continues apace, and I couldn't be happier. I've heard that some Marines have disgraced themselves by Flying Maggie's Drawers on the rifle range... welp… I flew Maggie's Drawers AND my own today! HAR HAR HAR! HAR HAR HAR!!!👍

When I really started to suck the wind started to kick up, I started thinking about packing up and going home. Apparently my Maker was so disgusted with my shooting He decided to end it all  - and He rained me out. 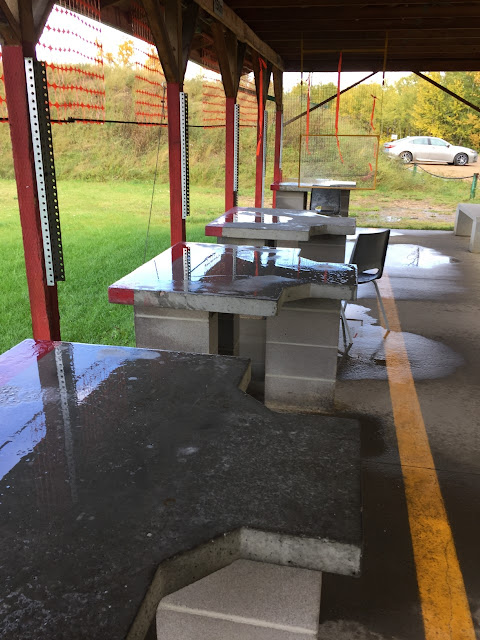 Within a minute and a half - my guns and gear were all drenched.

Trying to hold my pants up, I hurriedly packed up the rifles and all my gear but it was too late. Everything got soaked. I have my range bag emptied out and everything is drying out downstairs as we speak. It was a great day, with the leaves changing colour, and the rifles slowly coming around.

Hope y'all have something fun lined up for tonight. As for myself... I'm cleaning and oiling my rifles and drying everything out.
Posted by Glen Filthie at 16:47