Twenty years ago I caught the very hell of it when I came home wearing a pair of those pocket pants you see the squaddies running around in. These things are great, I'd never seen them for sale to civilians until I came across a little Albertan company called Spike Camp. It started out as a military surplus camping store but evolved into one of those businesses that failed - and shouldn't have.

One of the reasons it may have failed was that the place always stunk to high heaven. Stinky's store was in an older building just off Argyll and there must have been some mold or mildew or something... and though the place always looked neat and presentable... it smelled like a dead fart... and maybe something worse.

I didn't care; Stinky had come up with a new business model that he hoped would get him out of the military surplus/junk sales and into the big time. His idea was to take military clothing, tear it apart stitch by stitch - and then improve it and re-engineer it when he put it back together. If the military stitched something - he double stitched it. If a certain weight/stitch fabric passed milspec requirements - Stinky substituted in heavier and higher quality materials. He used better buttons with reinforced stays, and he started producing it right in his own shop. He turned his stuff in to the military for examination for QA/QC purposes and they were forced to accept him as an approved alternate supplier of military clothing. Simply put, his clothing was the best there was... but you paid for it. Many squaddies did - they refused the standard mil clothing and bought from Stinky instead at their own expense... and I don't blame them one bit! I paid a smidge over $100.00 for a pair of pants  and fell in love with them instantly. I could store more junk on my person than Batman - and look oh-so-trendy and tactical while doing it! HAR HAR HAR! I was walking around in desert tan and khaki before the faggots and queers at The GAP and other fashionistas glommed onto it.

Welp, as a younger man I was much more active, and for me to blow through a pair or two of Levis in a year was nothing. I always tended to blow out the crotches on them and sure, the wife could re-sew them... but after that all the other stitches and parts started letting go too. But these pocket pants? Pbfffffft! I still have the first pair I bought 20 years ago! These things held up and lord, were they comfortable! I bought 4 or 5 more pairs and the womenfolk were foaming at the mouth by then. Not only that, I bought shirts too - and they were about 100 bucks apiece too. They were almost heavy enough to be a jacket and could serve as one if ya piled on enough layers underneath - which I often did. 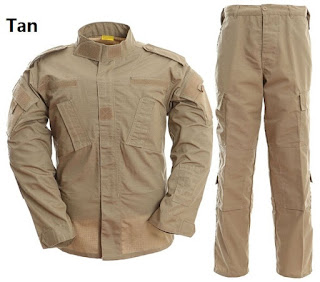 Mine are tan and pickle green, but you could get these in
black, blue and some camo patterns

Flapz got in on it and soon he was driving his wife bonkers too! Ten or twelve years later though... I got to lethargic in the office at work, got old and I bulked up... and got too fat for them. 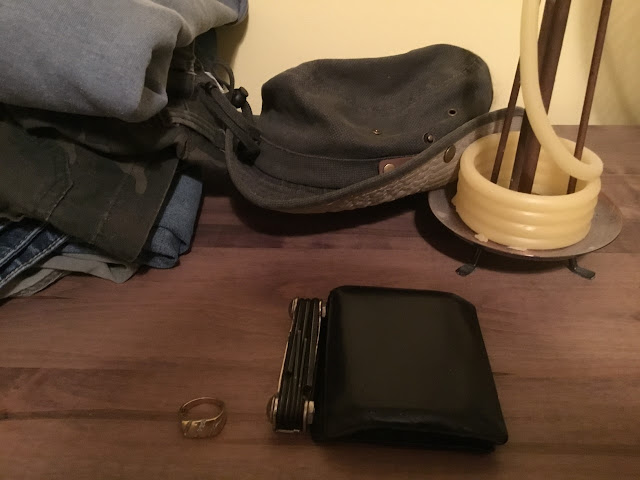 I can't believe it. I had to take off my ring awhile back. It spins on my finger
like a flywheel now, and no longer fits.
I will need to get it resized when I start working again.

I was thinking I need to get more of this high quality clothing ... but Stinky and his malodourous store are long gone. When I see these things for sale now they are obviously cheap copies made in China or Taiwan … and who needs crap like that? May as well get a cheap set of Levis or Carhartts.

Did anyone else ever get in on that? Building high quality clothing for outdoor stubfart? I am going to need to restock in another 5 or ten years. I have no interest for that cheap shite you see in dumps like Walmart, Cabelas or the big box stores.

I supposed he'd have retired by now... but I sure wish Stinky had made it.
Posted by Glen Filthie at 06:40