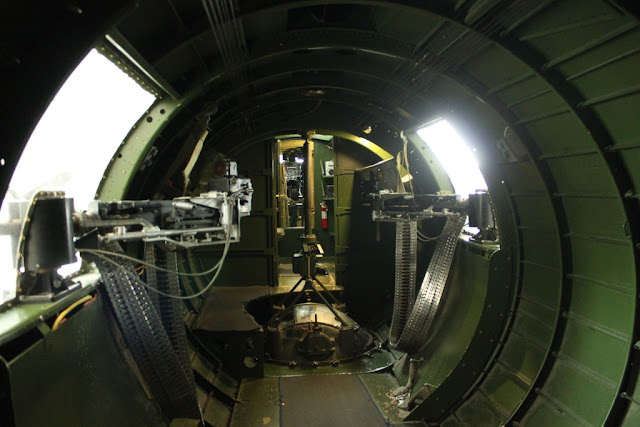 The expression, "He got the whole nine yards!" comes from these guys.
The machine guns on the old bombers ran on ammo belts
that were approximately 9 yards long.


I always wondered about that. Look at the old B-17’s. They literally bristled with machine guns. In large squadrons you’d think they could throw up a wall of lead that nothing could get through. How in blazes could the enemy planes wreak such devastating losses on them?

Welp... here’s how: this is what goes on in making a hit on attacking enemy aircraft.

You have at most, a few seconds. While you’re firing, he is too.
If he hits, you or your squaddies turn into
a red mist and pudding.

No pressure. You got this.

Where did these men get their courage?