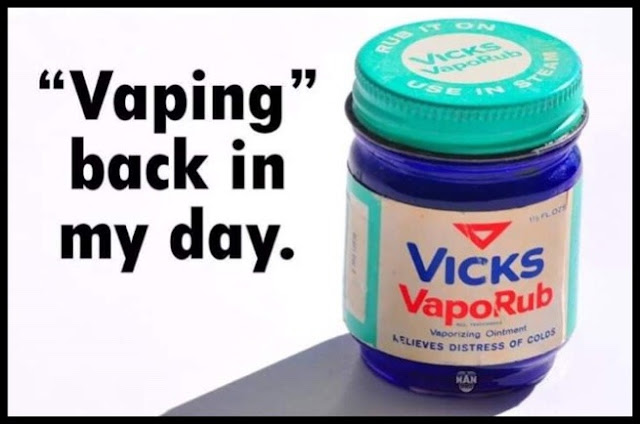 This fuggin cough I have has gone bronchial. It’s right down in my lungs and it’s really, REALLY starting to tick me off! Yesterday I spent a couple hours on light yard work but was done right in afterward. Nights are worst - I lay down and my lungs fill up. It was great when I was a kid - we had this chink for a family doctor and he’d load me up with antibiotics and I’d be done with a cough like this in a week. Of course the eggheads at the clinics are all afraid of antibiotic resistant superbugs now, and my bunghole doctor doesn’t want to see me unless it turns into pneumonia or if I wake up dead!

I’m not dead yet... but it’s time for the big guns. I’ve been drinking Benylin the way Jack drinks cheap malt liquor and it kinda-sorta helps. But it’s time to self medicate!

I have an old bottle of aviation grade Buckley’s Mixture that has been putrefying under the sink for a couple years now. Tomorrow if I am still hacking, I am going to slam half the bottle and see what happens. If that doesn’t work, one of the witch doctors at church gave me a bottle of Oregano extract. Apparently ya mix a few drops with a glass of water and it should help. They said it’s almost as rotten    as Buckley’s... but I will be the judge of that! I’ll take a jiggerful and see what happens.

If the worst should happen and I don’t make it, I’d like to be buried at Sunnybrook Farm. Don’t anybody let Quartermain desecrate my corpse.