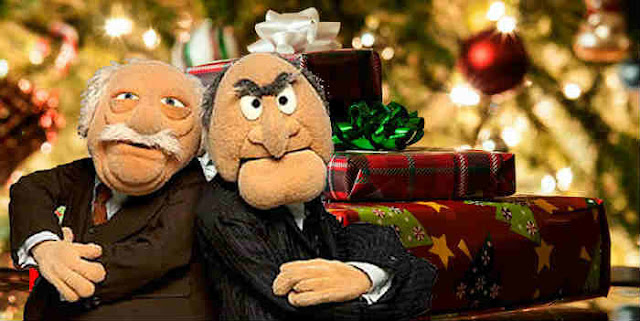 Bah, Humbug! HAR HAR HAR!!! The poor bugger seems to be getting washed away by the torrent at work. I can relate. When I was a kid I worked in a vibrant, diverse hell hole sweat shop where they actually laid people off just before the holidays and then flogged the rest of us to take up the slack. They had to save money to be competitive, dontchya know!!! I remember grousing about it and getting striped by my parents. They defended stuff like that because ‘it was just business’ and I needed to develop a more mature work ethic! Of course it would have been a crime against humanity if they ever had to put up with stuff like that. But they worked for the govt and were better than dirt people and red necks like me. They deserved the lavish perks and bennies they got.😆👍

There’s this whole thing where ya gotta be with the family too. That ended for us about 5 or some years back. All our families just seemed to come apart all at once. I got exiled from The Hive by the progressive liberal social justice warriors, and my wife went with me. Then the assholes turned on each other with divorces and petty feuds of their own. What a bunch of morons.

I was just a little guy when I first saw that Charlie Brown Christmas cartoon where he snaps and goes full retard on Christmas consumerism - remember that one where he buys that shitty little tree and the rest of the Peanuts give him the gears? That one seemed to spawn a whole series of similar cartoons and shows where everyone climbed up on the soapbox to decry the commercialization of the holiday season, and stress the importance of family and religion. Each got sappier and more sanctimonious than the last, and some were so bad you could get diabetes from watching them. I wonder... could all that fake sentimentalism be what snapped the shitlibs and progs? The ones that demanded the removal of Christianity and any related sentiment from the holiday season? “Gotta take down that nativity scene guys... it’s offensive to some people dontchya know!!!” I’ll guarantee you that once those turd brains gutted those things from the holiday... they were shocked and horrified that they didn’t have a Christmas anymore. I suppose they have some kind of parody... and they are welcome to it I suppose.

If you are lucky enough to have a traditional Christmas gathering this year, would it be prudent to lay down common sense rules up front? If so, mine would be

- no politics
- no feuds
- no religious quarreling
- don’t drink too much
- keep it upbeat and fun
- if you can’t do that, don’t go

I suppose I’m being stupid, all that should go without saying... and not just for Christmas.

Floating as I do out here in the Void, all I can do is laugh at the chit people want to fight about, and the lengths they’ll go to. And then, they’re shocked and offended when their families fall apart, or they lose the fights they start. It’s never their fault!!! They’re victims!!!

If you have a thoughtful and traditional family - don’t take it for granted.