Aww shucks - it's nothing.

Just a fat lip, a shiner, and a bloody nose. Earlier today I saw Chicken Mom hanging out with The Mean Girls - and I decided to shoot my face off. When the boyfriend found out - I got the stuffing pounded out of me! I guess I kinda asked for it! 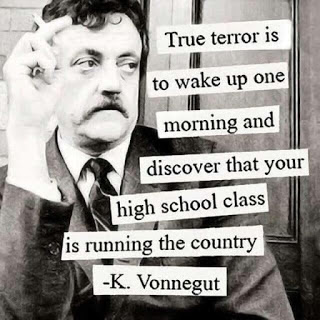 Seen whilst slumming over at Camp Borepatch...

The disgruntled dissidents had this insolent rude joke up and I got a yuk or two out of it. Can you remember back to those days? The things that mattered, and the things that didn't? And how ya knew it all and the adults were all idiots and full a chit? And of course, if you're like me - ya got mauled when you got dropped into the real world. Is there anything left of that kid that you were left in you? In my case, thankfully not!

As I sit here, carefully sponging off my bloody nose, spitting out my teeth and wincing at the daubs of iodine - I recall a tune that goes back even before CM and BP's time:

Suicide may or may not be painless, but contrary to the Japanese,
there is no honour in it. 😆👍

I was kinda surprised, I thought this 'doo-wop' stuff was over in the fifties but it appears that the 60's were well underway when this one came out.

Yannow the more I think about it … I wonder if the boys at Camp Borepatch didn't poop the bed on that one! Looking at our current leaders... I kinda think the high school kids probably COULD run a better country than what we have now. 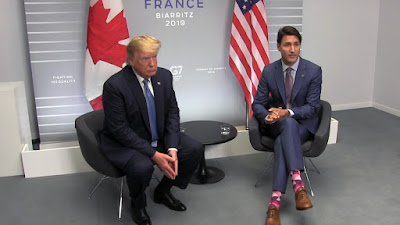 Don't you dare call him a faggot! He's fwench, so ya gotta put your high school
fwench to work - and talk through your nose!
Turdo is a faggeau!!! HAR HAR H- errrr… HEAU HEAU HEAU!!!!
Fromage au cottage!!!
(That means 'have a great day' in french).