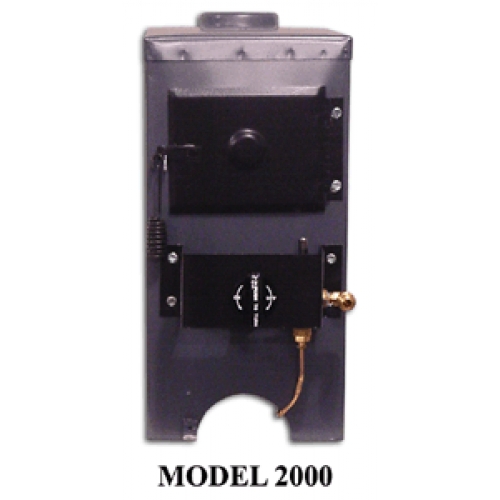 Awhile back I was trying to figure out how to heat the topper on the Dawgmobile.  I've gotten old and fussy in my old age - my blood doesn't run as hot as it used to when I was younger. Back then I actually could camp out in winter in temps so low that you had to worry about vehicles starting the next day. It was simply a matter of having the gear and the clothing.

I toyed with the idea of wood heat - OyTube is full of vids on guys that made wood stoves out of great big surplus ammo cans. That could work, but the problem is that regulating the heat is an issue. Also, suppose ya wake up in the morning and you're frozen - you start a fire in the stove and that's great... but if you want to pack up and move out, you have to dump the ash and some of it may still be live. In winter it wouldn't be so bad, you could just kick snow over the embers and douse them … but what a pain. And fabbing up a good ammo can stove costs a few bucks and takes some time and tools.

The problem with propane is moisture and condensation. I experimented with one last year and the inside of my truck canopy was drenched within an hour or so. If you're going to use propane you can but it has to be vented. Behold these beauts - at  Nu-Way Stoves!

It's only $155.00 US, the size is something I can work with... and I shouldn't have to worry about carbon monoxide the way I would with other heaters.

When I start working again I am going to buy one of these. In the meantime, the intrepid stubfart explorer, GoneAgain - learns ya everything ya need to know. Sounds like he's been down the same road I have. He's also into archaic guns as I am and has some super pointers for that as well.