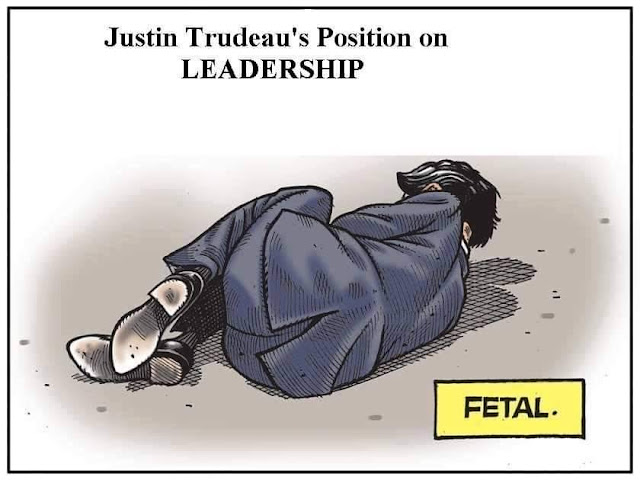 Wow. Ol” Turdo La Doo’s wife has the flu and of course, the suspicion is that Sphincter Boy  has it too, and better self-isolate to protect others. Pull my other finger... he’s hiding.  Rumours are circulating that his marriage is on the rocks and they have split the sheets. Whatever. He doesn’t give a chit about Albertans, and like his father, he’s robbed my province blind to fund pork for his power base in Queerbec. He hasn’t flipped us the bird yet as his father did... but that is coming too.

That karmic wheel goes round, and I have my place on it just as Turdo has his, I suppose. He will get his the same as you and I will get ours.