When I was younger I had all kinds of disagreements with my inlaws. They'd say and do things that impacted me and my family badly, and I'd try to deal with it by explaining how it hurt us, and ask them to please not interfere with out doings. It never did any good and I always thought that it was because I wasn't making myself clear, and that if I could just present my side properly, they would see the validity of it and give me a break. But it never happened. Finally I realized the truth - those assholes hated me, they wanted to bust up my family and I did what I should have done decades before: I booted them out of my family and bade them good riddance.

So it goes with the media and the pozzed morons clinging to panic in the midst of all this. The recent chinkypox plage panic has uncovered some serious flaws in our culture and society. Donald Trump is right. These guys are fake news, they will embrace hysteria and drama over fact, and any pleas for sanity and objectivity from them will not be heard. If we want to be free to seek any kind of happiness and posterity - these media slobs are gonna have to go. Just sayin'. If you think I'm full a beans - go past your local hospital and check them out for yourself. Tell me what you find?

When did we get so silly? And fearful? The Z Man blames the Gynocracy and does a credible job of it. It sounds good: the media and our healthcare are dominated by women and enabled by soyish bugmen and obedient and effeminate flimps. Their men can sum up their thoughts with memes less than two sentences long. The ladies in charge can be seen in the media posing as heroes and brave victims all at once. 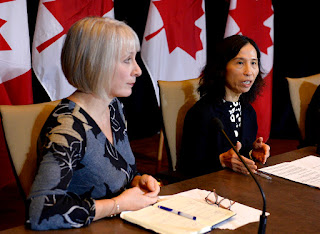 I think the Z Man is right... to a point.
The nasty wahmen, the chardonnay soaked rage heads,
and the lonely elderly cat ladies are in charge.
And it shows.

This kind of hysteria and over reaction is typical of women. At the wife's church, back when they could meet, I heard some of the old ladies talking about The End Times. A few of the more elderly and excitable men did too.

Like my in laws, years ago - you can't reason with these people. Aesop claims that California has less of a problem than New York because they instituted quick lock downs. In California - most of them don't speak English, a healthy minority of them crap on the sidewalks, and they wanted to let all the prisoners out so they didn't catch the virus. AND, they wanted to throw people back IN prison if they violated the quarantines. Clearly, we can't pin this nonsense all on the women.

I stopped watching the mass media over a decade ago - with only the odd exceptions where I mock them and make fun of them. This whole scare looked hinky right from the start. The mere presence of the usual actors in these chit shows gave the plot away.

Have a great Humpday, and I hope you do the same.
Posted by Glen Filthie at 06:47