Well, it looks like sanity is finally taking hold. Of course, it is too early to say that we have turned the corner for my personal tastes, I'd like to see another week or two of data to confirm. This could always be just a blip on the charts on the way up... but my gut says we can start unclenching now. I have other sources that have been saying the same thing for awhile so who knows. 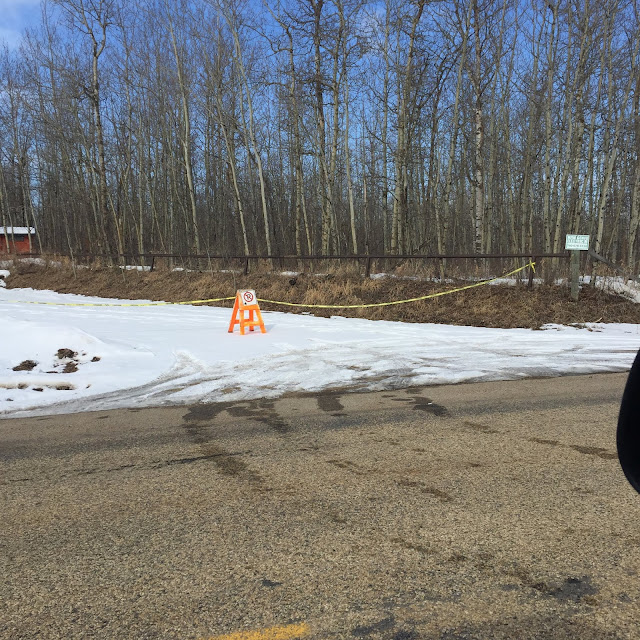 This is a dog park/walking trail a mile or two out of town.
Thankfully our intrepid authorities
roped it off before some passing idler wandered in and got covered
in
coronavirus!!! 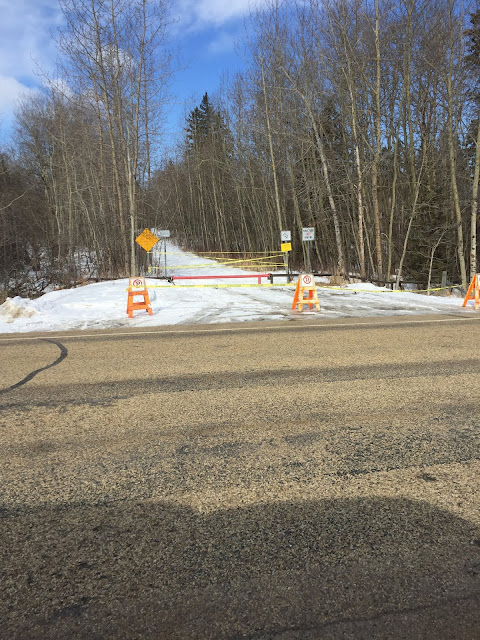 Meanwhile, not more than two miles away, people are
working in close proximity, shopping, handling food and money, opening door knobs and using
Handrails,
drinking from public fountains, picking their noses, taking a dump and
forgetting to wipe and wash afterward, rubbing their eyes
coughing, etc etc etc.
And Aesop will be on about how he and his clucky
panic stricken hens "flattened the curve".
Who knows, maybe they'll be honest when it’s all over and ask the real question:
how did we get duped into this panic anyways...?

So... how did we get duped? I am picking on Aesop because

A. He's a grumpy stupid old prick, and I am too

B. He's too smart for a gaffe like this and he's typical of a lot of people that should have known better.

Aesop is a first responder (ambulance driver if I recall correctly). Those guys aren't dummies; they have a passing familiarity with math and illnesses and how to treat them. Two weeks ago he was screaming his head off about how this week, doctors and nurses would be collapsing from exhaustion in the hospitals, bodies would be stacking up in the halls and streets, and our law enforcement and fire fighting agencies would be collapsing from absenteeism, and monsters would be loose on the street free to hunt and kill at will!!!! The Boogaloo is upon us!!!! And of course, for 99.999% of us... it's life as usual. Maybe we'd be a little more sparing in the use of TP. (I should take this opportunity to apologize to my readers for the unspeakable stench here at the Thunderbox, HAR HAR HAR HAR!!!). So - how did Aesop and The Usual Suspects get sucked into panic...? Stupidity is only partly to blame. The fact is that the bell curve is not the only useful graphical way to model the behaviour of certain organisms. There are several - and even one for humans: 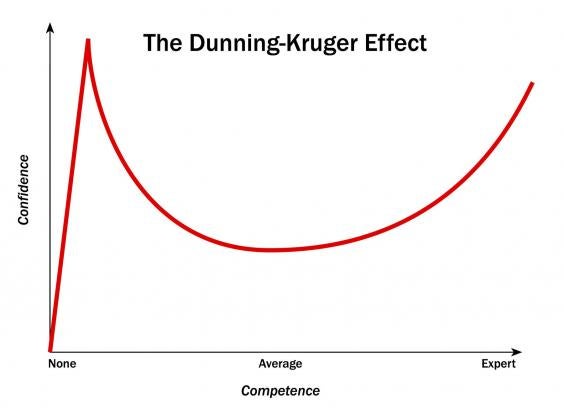 If I recall there was a name for a graph like that - asymptotic? Gah - I can't remember, it's been 30 years. But...if you look at the depth of their knowledge, and their competency with it... I think we can all agree which of those cusps apply to Aesop and the media. Journalists are journalists because they aren't that bright and they generally can't do math. They will assume (wrongly) that a guy like Aesop can school them on something as complex as a viral pandemic... when he will be happy to oblige even though he is as clued out as they are. A guy like me, on the other hand - would probably be around the middle of that function. Aesop and the panic mob jumped the gun. When you blow your constants and coefficients in an exponential or asymptotic statistical function - chances are your margin of error will be exponential as well, and your results  will be out by orders of magnitude. As always, whenever you evaluate these things, you have to look at ALL the data, even the stuff you disagree with and put your emotions aside as you evaluate it. You also need to look at who is doing the talking, what they’re saying... and what they’re not.

The best numbers I have right now is that there have been around 6500 deaths in America from the virus to date. Usually - according to the best numbers I can find - is that America usually racks up 6800 flu related deaths a year.

No, your stupid dust mask did not save you. No, no curves were flattened. No miracles took place, no intervention by God or gods - Corona is just going according to the textbook, and all we are seeing is established numbers and equations in motion. Other than our massively overblown transmission rates and fatality rates... this pandemic has run just lake the ones we get every year from the common flus and colds. Huh - it's just the flu, bro! Whoulda thunk it?!?!

And lest I be accused of being too cavalier about corona, let me say this about that: when Aesop and the politicos are high fiving each other and bragging about preventing a pandemic - you need to think about the lessons we actually learned. You NEED preps. 30 days or more if you can. You need money, cash, on hand and set aside for a rainy day. You need to get serious about prepping NOW. You also still need to take the flu seriously and be concerned about it. You will not be able to expect a reasoned and coherent response from your govt from a real pandemic. You cannot expect them to save you. The agencies we’ve paid billions of dollars to handle stuff like this will fail. Aesop and the chicken heads are bang on the money with that much, at least. All he got wrong was the timing, the magnitude and the severity of this thing. The moral of the story about the boy that cried “wolf!” applies.

You also need to be aware of that graph above. It's impossible for us to be at the very end of it with the experts on everything. But it is oh, so easy to be at the first spike on that graph. Being at the bottom of that graph means that you have to work hard at understanding a topic, and be dispassionate and objective when your inclinations are telling you the exact opposite. But... it's the best place to be when things are getting hairy.

Keep your head on a swivel and have a good Tuesday folks.
Posted by Glen Filthie at 11:29