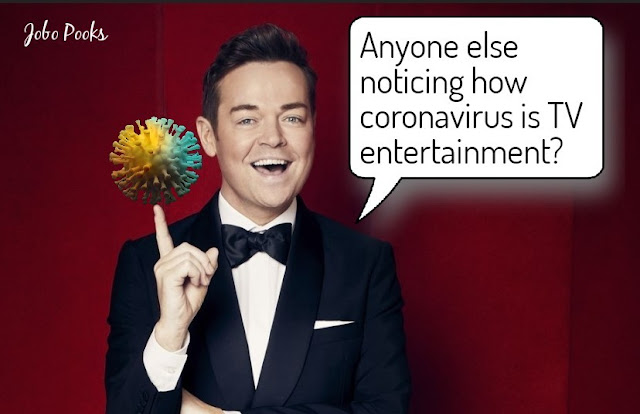 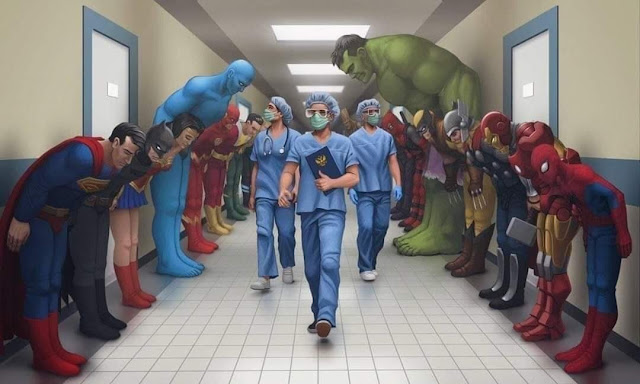 I know I am a grumpy old chit that has the wrong opinions and looks at the world the wrong way... but good lord, the only people acting worse than the mass media slobs and politicos in the whole, sordid Chinkypox saga... are the bloody nurses.

I get it. They have a tough job, working with sick, unhappy people, cleaning up puke and crap and gawd knows what else. But hell’s bells... they strut around like they know it all, they do lame dance videos to show how “brave” they are - I guess goofing off and twerking while their patients die in the background shows courage in the face of adversity or something? Heroes I have seen are humble and modest... But these morons seriously seem to think they’re rock stars.

All I can say is that if this is such a crisis and emergency... these bints and cunned stunts sure seem to have a lot a time on their hands. 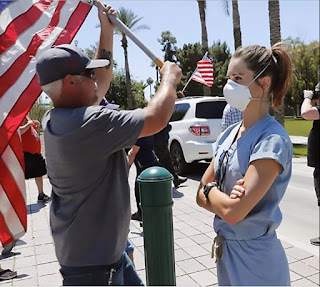 Posturing fu...clucks...
😡
When they’re not making lame dance vids,
they’re yukking it up with
protesters who need to figure out how they are
going to feed their families, pay the
bills and keep the lights on.
She’s so brave.


The real heroes, in my opinion, are the men and women that are going to put the economy back together after these stupid bitches are done taking a sledge hammer to it.

Last night I was driving home from the airfield and looked over at an empty church parking lot. In one corner the trendy soccer mommies all parked their SUVs and mini-cans with the tail ends facing each other, with the hatches raised. They sat on the tailgates, socially distanced and chattering like birds and living the high life. In the other, an 8 man service crew on OT were digging up a sewer main for maintenance and there was no room for social distancing at all. Oh yeah, we’re flattening that curve alright! HAR HAR HAR!!!

I’m a super hero too! Today I am going to twerk and boogie as I scoop metric tons of frozen Dawg turd, walk the hoople heads, and then cruise the help wanted ads in hopes that some kind of recovery starts. Think I should make a vid...?

HAR HAR HAR! Have you kicked a nurse in the ass today? Please make a point of doing so! Put that boot as far up as it’ll go! They will know why!