Ya Know You’re Getting Old... 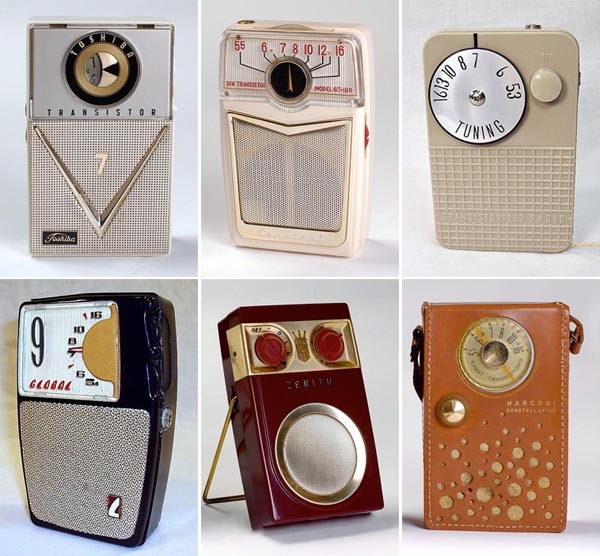 I have memories that could have been painted by Norman Rockwell... of my Grandad as he farted around the house with his chores on hot summer days. He’d take a break in the shade of the crab apple tree... and turn on his little radio and listen to a gardening show, or muttering curses as Brian Hall flapped his gums about the last Big Game that the Aaaaadmontin Eskimos had blown or aced. (Last I heard, Brian Hall was still sportscasting, and he is still full of shit too...HAR HAR HAR!) I think Grampa’s radio was much like that one on the top left. His other pride and joy was a recoil started Toro lawn mower. I became an official Big Boy when I grew strong enough to crank it up. Then Gramps would flip the switch, the starter would unload, and crank the engine. It’s funny, how the memories come bubbling up from nowhere when you see artifacts like this. White picket fences, immaculately trimmed hedges and weeded gardens, lawn darts, BBQs... sometimes I wonder how we came from that... to this...? 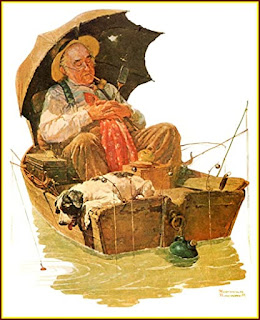 Grampa wasn’t an angler, I don’t think. But if he had been, I could see him taking his ease, and a quick nap between chores while his nifty little radio softly chattered or sang to him.
Posted by Glen Filthie at 02:15