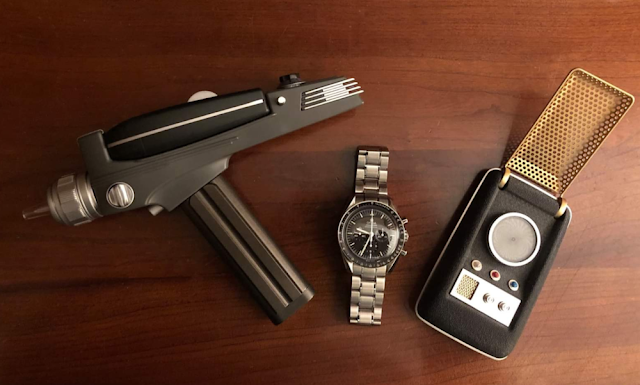 I dunno if I’ll ever have much use for coherent particle beam weapons. But it looks like Captain Kirk has a thing for Rolex! For awhile I was seriously into the old school mechanical automatic watches. Mine was a “boutique knock-off” - that is, it used a mass produced copy of one of the old Rolex movements. Ran like one too... and still does.

But... at my core I am a man that believes things can always get worse, depending on the situation and the chimps involved. EDC is about being prepped...so I started looking for a serious SHTF watch... and found it. 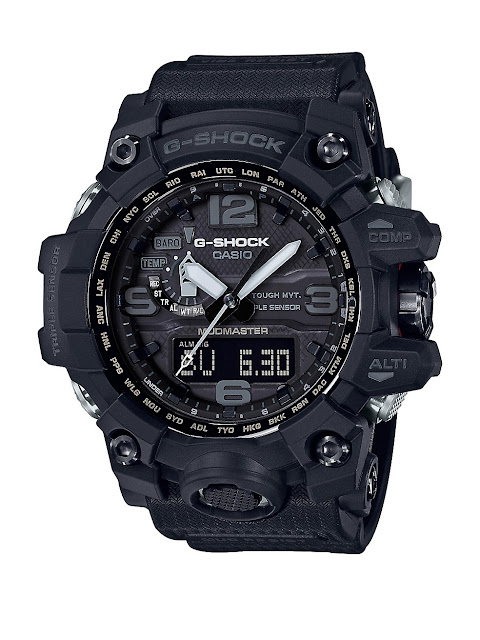 Looks like your average chit house $100.00 Casio from Walmart, dunninit? Au contraire. It’s solar powered and stores up energy in the on-board battery that is good for two years if it is kept in the dark. It’s an energy mizer... when I put it in the drawer at night, the hands stop, the display goes out and it goes dormant until I put it on again in the morn. It has the best pressure sensor on the market and a first class barometer and altimeter. The compass is good too and is programmable to compensate for magnetic declination. It does the atomic time thing and resets itself once a day so it’s always accurate to a fraction of a second. It has all the other tech watch farkles too, like timer, 5 alarms, stopwatch, dual time zone display, etc, etc. Unless you are a Navy Seal diving to uncivilized depths, you can consider this thing to be waterproof. It’s a big watch that looks like it’d be heavy and uncomfortable, but it’s neither. This thing is like a high end AR15 rifle - versatile, robust and reliable. It’s a formidable piece of gear, and it’s well worth the hour or two it takes to learn how it works and how to set it up. I’ve had mine for two years now, and it will probably be the last watch I ever buy.

If you have a better one, I am a watch hound and would live to hear about it in the comments. 😊👍
Posted by Glen Filthie at 20:11