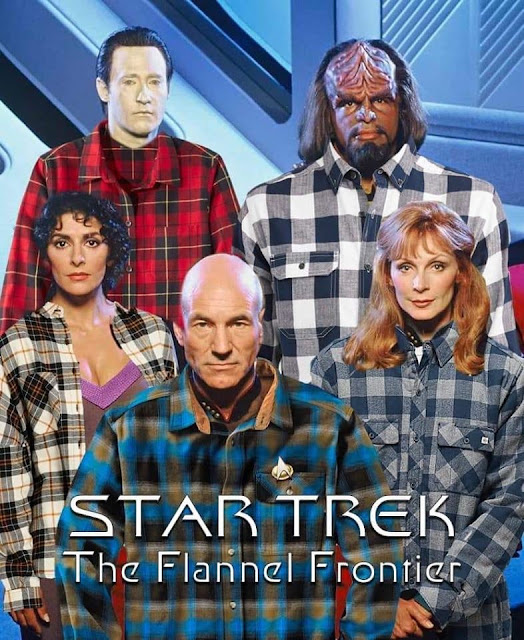 I used to be a sci-fi addict until the genre got pozzed by The Usual Suspects. But this? Oh, this has possibilities. These guys would have the Romulans shining shoes and emptying the spittoons. The Klingons and those blue and green guys would be put to work on mops and brooms and scrubbing the terlets in truck stops... and the miscellaneous bum heads and those little shits with the ears would be forced to work on filthy factory planets where they’d mass produce cheap junk. Us white guys in red plaid would run the galaxy and BBQ the monsters on the grille on Saturday.

Of course, then it wouldn’t be sci-fi, would it? Because - current woes and troubles notwithstanding... once order is restored that’s how it would turn out anyways! HAR HAR HAR!!!
Posted by Glen Filthie at 02:55