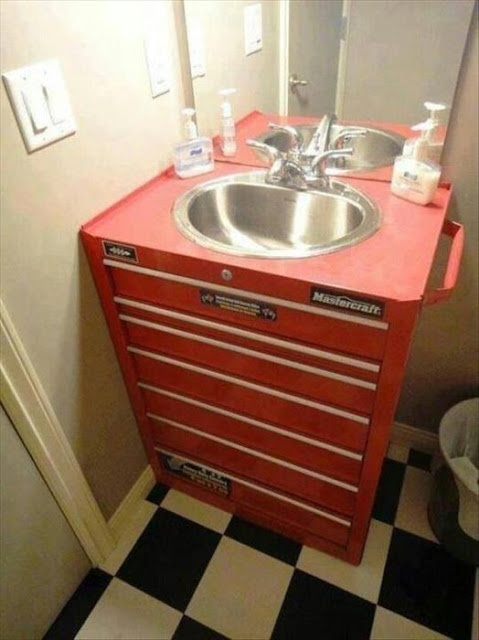 There are some things with Pop that you don’t mess with. His dawg, his old lady and his tools. Like most newlyweds, when mom and pop first started out they were flat broke. For awhile most of their entire net worth was tied up in Pop’s tool chest. Family lore has it that mom burst into tears when Dad lost a socket or a wrench because it would have to be replaced, and it came out of mom’s budget.  Pop is a Snap On guy, and you will never find tools made of Chinesium in his possession. In those days, they paid for quality tools in blood and tears. Pop has a roll-around like the one in the pic, and a smaller chest on top. At one point he built a crystal radio into a stand that fit between the two sections. I dunno how that harelipped tard wired it, because one day I was thieving his tools and I got lit up with the full 110vac! I had an Afro and rigor mortis for three days afterward - and Pop just laughed... until he got lit up a couple days later.

Today the cost has come down on tools. I know men that have tool chests twice that size now... and you will seriously need a forklift to pick them up.

Pop’s in his 70’s now and he still has his tools, all in the same drawers, laid out the same way they were 50 years ago. 😊