In the Dream Times, long ago, when I still had a job and worked for a living - there was never enough time. Every day I'd notice little jobs and quirks that had to be fixed, and I kept a running list of them and knocked some off, and others... they slid through the cracks and just got forgotten about. It recently occured to me that I now have time and means to start knocking off the infuriating little things that never seem to get done. I decided to finally put my foot down, and detail Big Red. 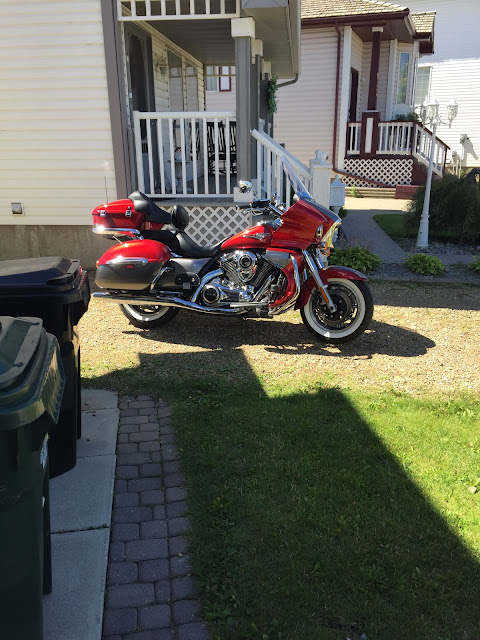 After some half hearted scrubbing and polishing I re-discovered the bike has white wall tires - and they were FILTHY!!! They were so bad, that nothing but elbow grease and road rage would take the grime off!!! I went on the internet, looking for a miracle tire cleaner, and all I got were some other fat sullen old stufbarts saying that only road rage and elbow grease will work. I cursed, and went after them with a fuggin SOS pad! The front one was easy but that rear tire? FML - I gotta roll out a blue foamy ground pad, crawl underneath it and do the tire one 1/3 at a time. The other side is even worse because that's the side it leans on its kick stand... and clearance is even more limited. It is awkward, dirty and slow work... but I finally got it. I was about to put all my janitor supplies away... and then I noticed my wallabies looked like I'd done a fast hike through a herd of cows with diarrhea. Same deal, the soles of wallaby shoes don't clean up easy either! I got the SOS pad out again and raged!!! 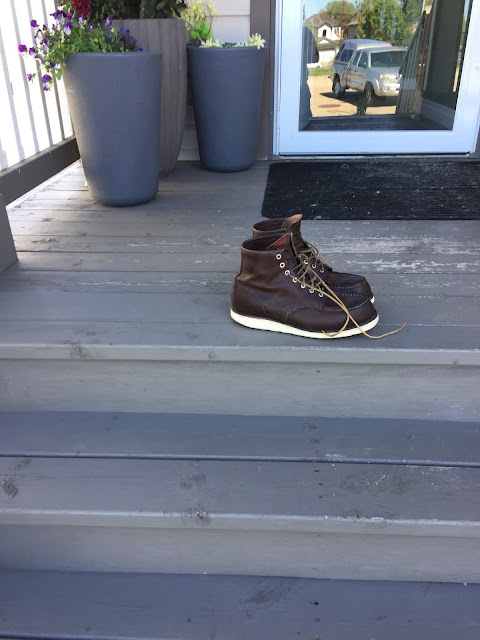 Good work, Filthie!!! Not a piece of dawg shite or road slime to be seen!!!


It's not easy being white!!! When yer white - chit sticks to ya like ugly on an ape...

Did I just commit a racism?!?!? Oh boy. Better get the fags at CNN, the CBC, and Orca Winfrey on the line!!! Better get 100 degenerate social justice warriors on the go too!!! I must apologize!!! HAR HAR HAR!!!

I suppose this is what white privilege really is though: being able to fuss over the important details in life, ignoring the bullchit, and doing life's jobs and taking pride in them. At least, now I am ready to go run some errands, look great doing it - and impressing all the chicks in the process!!! 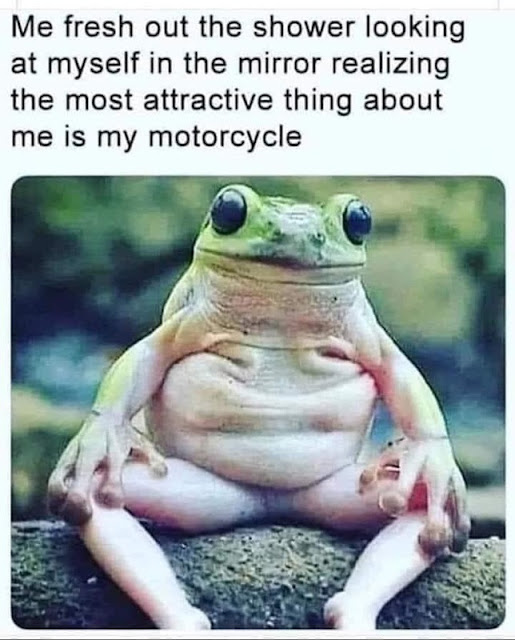 All he needs is a snappy panama straw golf hat and he'd
look as good as I do!


Hope the rest a yer day is a snooze, and - take off a half hour early! You worked hard and deserve it - tell the boss I said it's alright! 🙂👍

Have a great Friday folks, and thanks for dropping in.