A Filthie Year In Review

Some of the cool kids are recounting the past year, and taking stock. Some are quite humorous.  A year ago I had a fine little semi-retirement job that would have paid my bills and kept me off the street and out of jail... but as we can see every day, the lunatics and hysterics are in control. I got laid off for my own safety like so many others. Chinkypox has given a lot of trashy people a sense of purpose, authority and importance... and they won’t willingly give it up. They will happily cut your economic throat to assert their dominance, and they aren’t bright enough to see that they are eventually going to cut their own. Trump got railroaded... and that, in my mind, was the last real chance at peaceful coexistence with the Leftists. I smell war in the wind, and can see it spreading up to Canada with the way things are going. But enough of that... current events gives me Tourette Syndrome.

Unemployment or even premature retirement has been a bit tough to acclimate to. I am my own boss. I answer to no one, I use my time as I see fit, I dreamed of being able to do this for the last 35 years. Now that I’m here... I confess to a sense of disorientation.

When I was a kid, the navel gazers were still talking about “finding themselves”. Some could go on at length, expounding on poetic concepts like “shedding these venal artificial layers we build around ourselves so that we conform to the dictates of other fake, dishonest smelly masses around us...”. When I was a kid, those guys used that as a justification for divorce, for drug abuse, or other bullchit more often than not. They were on a ‘spiritual mission’. To them, human beings were built with one layer over the other - like an onion. Ya had to peel away those layers to find the human within, so they said. And so they did drugs, adopted degenerate lifestyles, peeled away the layers of dishonesty and self deceit... and found nothing. They stared into that soundless vacuum, and were lost. The old nickel holds true: people that believe in nothing will believe anything. And now that they are in control... anything goes. And nothing works.

The last year has stripped away a few layers off my crusty exterior with gentleness of 80 grit sandpaper. I’m looking at the mess left behind... and I think I’ll be alright. The Chinkypox has given me a lot of time to talk things over with myself and my Maker. He doesn’t talk to me directly, but I know He’s around, so I don’t have to look for solace in degenerate behaviour or phoney virtue signalling in fake causes. One a the guys offered me an opinion that really hit the spot: maybe I am parked in a holding pattern, for whatever reason, and my purpose will become clear in time. Maybe my job is to just shut my gob, stay the hell out of the way... but keep my guns oiled and my head clear?

That works, doesn’t it? That’s all firefighters do for the most part: when they aren’t battling blazes, they are maintaining and checking their equipment. They triple and quadruple check it. They keep everything spotlessly clean and organized. At coffee time they play cards, work out and even throw the football around. Maybe that is my purpose - and the reason for recent events? Maybe someone in the family or among the friends will need an extra pair of hands or the support of a stoutheart?

For now I will hold fast. One thing’s for sure: things can’t keep going as they are. Something is going to give, soon... and maybe I need to be ready!

I hope your Thursday is good to you - and thanks for dropping in. 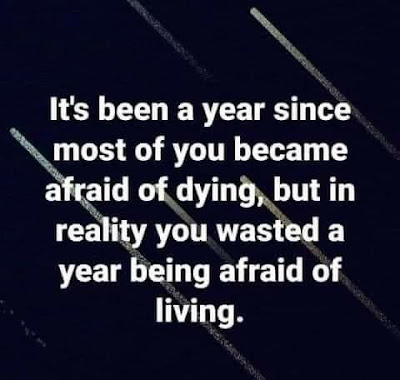