The other day I was enriching my already formidable intellect and watching OyTube on the subject of dinosaurs. I remembered a stir up at the Ft. Mac tar sands back in the Trucks N' Shovels days. The story is that one of the steam shovel operators was shoveling away and hit something hard and nasty during the dig. A sharp eyed operator spotted what could be a fossil... and the tall foreheads were brought in to investigate. And - indeed it was! It turned out to be an immaculate fossilized and petrified specimen of a species never seen before. They eventually ended up calling it 'Edmontosaurus"or something like that. If I had been in charge I would have done it right and called it the "Fort Mac-O-saurus.
There was only one problem: at the time the silly bugger croaked and got buried - the area was under hundreds of feat of water. 8 gazillion years ago most of Alberta was under water and part of a huge in land sea. The scientists were stumped - how did this thing end up mired in the muck hundreds of miles from shore?
The best theory was that the critter died on shore and the bacteria in his stomach started to go to work and produce gases that causes some corpses to bloat. The tide came in and washed him out to sea where he eventually sank and came to rest in a plasterscene era sea bed. It is truly fascinating stuff. 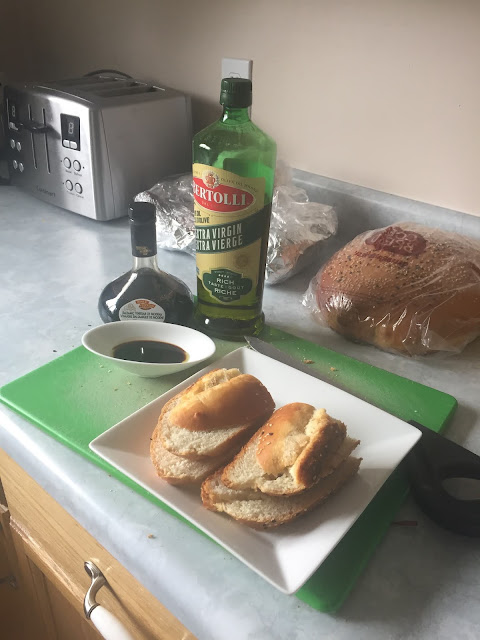 The finest bread in all of Rome! In all
the Empire!!!!
All hail Emperor Filthicus!
I am a dead man walkin'. The Filthie Bread recipe is a winner. I think all that bread is about 1/8 of the loaf we made. I am now faced with a problem of bloat like my fellow old dinosaur millions of years ago. I ate this plate of it Roman style and it was great... but it sat in my guts like a tonne of bricks. 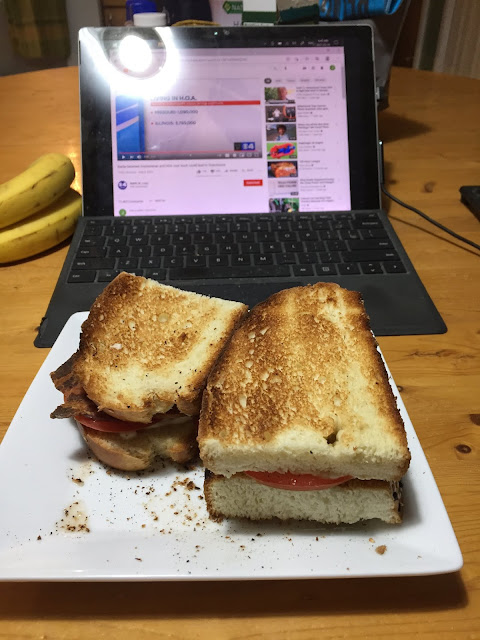 This morning it is breakfast BLTs but without the lettuce.
Oh gawd... I can feel my massive gut expanding...  I'da thunk my sectional density would have gone up and that if I was placed in water, I'd sink like a stone. But due to my expanding displace-MINT, I bobbed around in the bath tub like a turd in the toilet. I could well float out to sea with enough displacement that I could make the Hawaiian islands or possibly Japan before I deflated enough to start taking on water.
When the robot archeologists dig up my petrified remains thousands of years from now, they will probably think I was some kind of biological dirigeable organism. I would like to be immortalized with a proper name too - like maybe Filthiesaurus Gasbaggius...? HAR HAR HAR!!!
I can't eat all of this.
GAH....!
Maybe I will just do everyone a favour and die right here...
Posted by Glen Filthie at 06:35