We had a glorious day up here yesterday. I just said to hell with life and the chores and went shooting instead. I’d ordered in some IMR 4350 gun powder, 8 lbs of it... and wanted to burn it in the No.1 and see how it went. 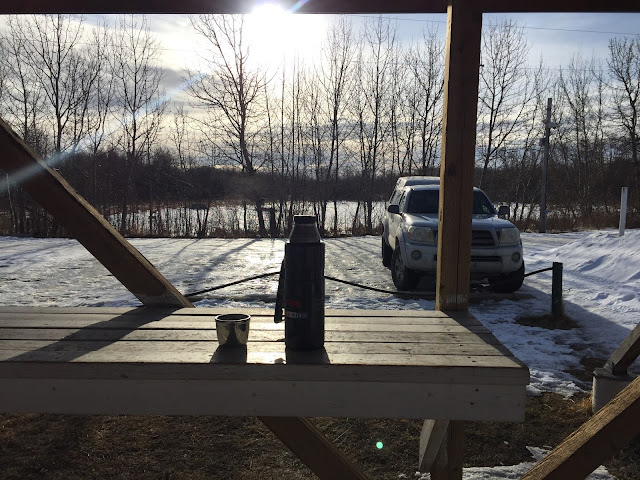 King Peter and I are fighting about it. He says H4350 is better than IMR4350. I say they are pretty much the same - but he won’t have any of it. When the gun was chambered in .25-06 I used them both interchangeably... but the gun just seemed to prefer IMR. I had a good go with the light Noslers in the new .243 barrel. I think it is showing a distinct preference to IMR rather than the Hogden flavour... but whadda I know? 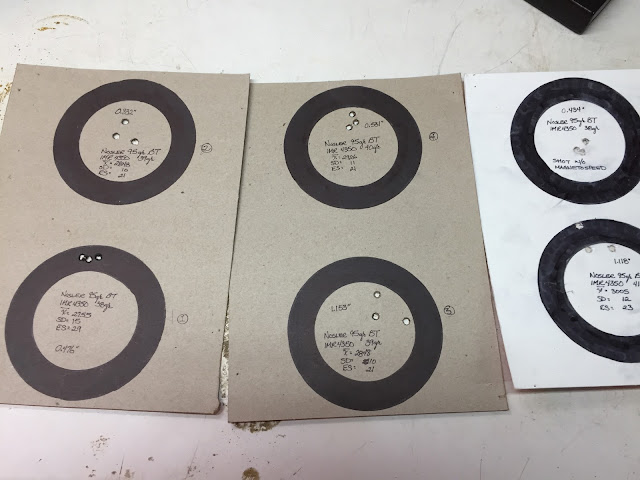 I just bumped the loads up one grain at a time.
Velocities were right out of the book with no surprises or
pressure signs.
I could and would bark them up a bit for hunting but... for now...?
This’ll do just fine for punching paper at short range.

She’s easily a 1/2 MOA when I do my part. Can’t wait to see what it will do with match bullets that are a little heavier.

After the big bore session I went into the back 40 of the property to chill and drink the rest of my coffee. I peeled down to my shirt sleeves and basked in the sun on the tailgate. The squirrels were out of hibernation and scampering about. Good Lord... They are so small and skinny right now. Even so they were curious about me and sat in the branches nearby, chittering and scolding. Then they all went quiet for a bit - and then disappeared.

A few seconds later Groundskeeper Derek came barrelling up in the club’s green JD Gator UTV. There’d be no peaceful silence now. He pulled up and started babbling at 100 MPH and I just nodded along and said, “Yep....uh-huh....is that so?” at the right places. Derek is young and loves it when folks listen to him. I drank almost an entire thermos of coffee while he talked. It wasn’t so bad, he’s a good kid and a better conversationalist than the squirrels I suppose, HAR HAR HAR! 😆👍

When I ran out of coffee I managed to break away and head back to the rim fire range with the .22. I disgraced myself as usual but had a great time anyways. The black powder geeks were out and they are always interesting. One of the old boys was dressed up like he was right out of the early 1800’s... on his way to the Hudson Bay trading post or something. He’d built a spectacular smooth bore flintlock canoe gun with a birch stock taken from a tree on the property. He stained it with leather dye and finished it  in linseed cut with thinner and the effect was incredible. The wood to metal fit was better than that of either my CZ or Ruger. I was going to build a flinter once upon a time. A sweet Isaac Hayes, maybe, with a swamped barrel in .54 or maybe .58... sigh. Maybe in the next life.

I put 40 rounds through the .22 and gave up in disgust. I need more trigger time. One of the geezers down the line was wearing a mask and he started being a dink about it. We almost had a Grumpy Old Man fight when he mixed it up with another old timer who told him to FOAD. The stubfarts have had near enough of chinkypox around here. The maskhole gave me the stink eye and I just glared right back and shook my head - I’d shoot the stupid bastard and call it a justifiable homo-cide. I am Albertan: shoot, shovel, and shut up!😂👍 It was far too nice a day to be coping with assholes.

The days are getting longer, the skies are clearing, the days lengthen... and life slowly returns. It really has been a long tough winter up here.