I dunno about you Yanks, but up here in Canada, the push to replace our decrepit CF18s with the new F35s... has turned into a predictable shit show now that the liberals are back in charge. They don’t want to spend a red cent on the military, preferring to flush those funds down Queerbec, the First Nation Freeloaders and other socialist grifts. 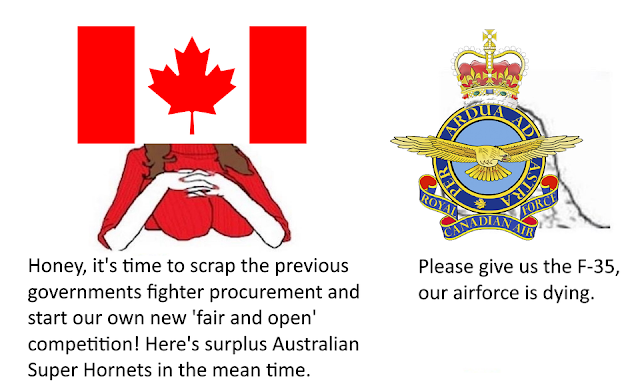 So now the Aussies have come out with the Loyal Wingman drone. It sounds like - at least to me - that they may have finally developed a fully autonomous drone... but don’t trust it and would prefer it to be under human guidance for now.

I wonder what the economics of this thing are?