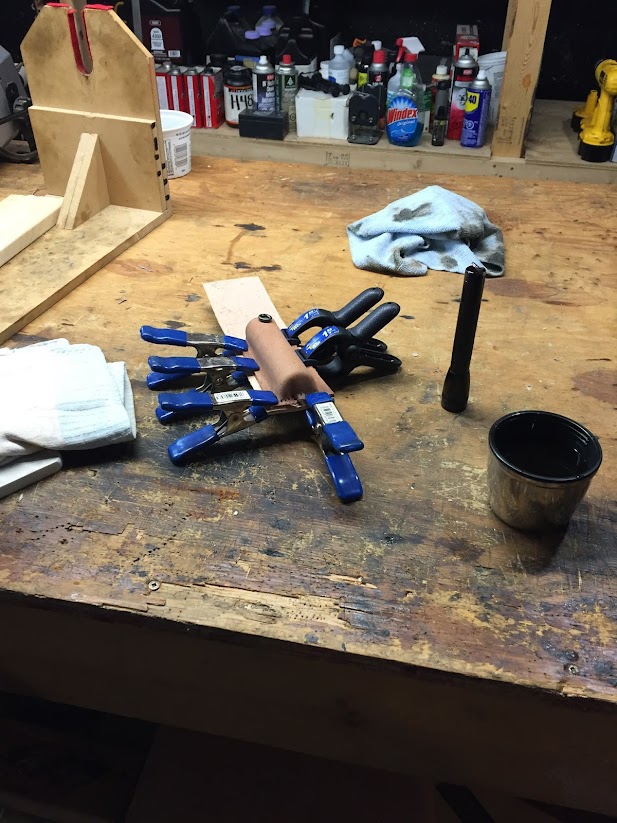 I have foolishly thrown old stuff away and then regretted it later. Some of it is really weird too. I finally forced myself to toss my old trusty Coleman single burner camp stove. I did the repair kit thing, and it wouldn't work - it probably just needed a little more thorough disassembly/cleaning... but for whatever reason, I tossed it and bought the Jet Boil that heats up a pot of water in under a minute. Each time I used it, I feel like Judas. I have come to love the Jet Boil in spite of myself, but I still miss the old camp stove for some silly reason. Did my wife buy it for me as a birthday present? I can't remember, it was so long ago. Damn, I am getting old too fast. These days... I ain't throwing anything away that I don't have to.
So I have this old Mag Lite. 100 years ago, these were the bee's knees for gunnies, preppers, cops, firefighters - and even stubfarts like Yours Truly! The cops liked that one with four D cells in it. Years ago as a kid I was at a bush party and the drugs and booze came out... and it was a case of "Ape kill ape" as we hooted and shrieked into the night. Our bonfire would have made the devil proud, and some concerned citizens called the cops to break it up. One squad car showed up, and two Mounties climbed out and told us to put out the fire and go home. The apes responded by pelting them with beer bottles. One officer got on the blower and asked for another squad car - and then they muckled into us with joy on their faces and love in their hearts. One told me to get up and get moving, and I drunkenly told him to FOAD. I remember it to this day - the guy got me by the front of my shirt, hauled me in close - and gave me a great big kiss from the butt end of that flashlight right in the solar plexus. I doubled up and collapsed - sure that my ribs were stoved in. He didn't even spare me a second glance as he moved on and in amongst the apes, shouting and swinging. I can still hear the meaty "thud!" as that Mag Lite hit home, and the resulting "GAAAHHHHH!" as some other mouthy kid learned about smart-assing cops.  Those big Mag Lites got a work out that night. The monkeys and gibbons cleared out, the county sent a pumper truck out to douse the flames, and the boys relaxed, smoked, and drank coffee to cap off their Friday night shift. They let us escape, knowing that even low IQ kids like us had learned a tough lesson about dissing law enforcement. In those days, if you got your ass beat by a cop, the question was, "what did you do?" and not, "what colour is your skin?" I never messed with a law enforcement officer again, HAR HAR HAR!!! HAR HAR HAR!!! 😂👍
One Christmas I got a little Mag Lite from the inlaws as a stocking stuffer and it just made my day. I carried it around on my belt for years and only ever needed it once during a power outage at work. Or rather, our neighbours next door did. The guys always saw me walking around with it and when the lights went out they came over and borrowed it. It worked like a hot damn - so I am told. I just lit one of the emergency candles out of the jeep and got by with that while the power was down.
Even the cheapest flashlights put out one million  BTU's or candlepowers or something like that nowadays. What is the unit of measurement now? Lumens, or some damned thing? They will roast your retinas if you aren't careful. My outdoor heroes - Michael and Esme on OyTube - say that O-Lights are now the bee's knees and I know the gunnies can recommend even better (and more pricey) brands. I've seen some of 'em going for $150.00 and up. But... This old Mag Lite is as obsolete as I am. Like me, it is ornery to get it going and requires a firm slap to turn it on. But also like me... it will grudgingly work after a little physical encourageMINT. I am struggling to make a case for it because I like other old relics.
Today the Mounties are a parody of their former selves. There's the slender, pretty wahmen, the slightly built chinks, pakies and other vibrants... and I could blow them all away with a good wet cabbage fart. But if they ever haul out a flashlight - I will be gone like the wind, clucking in fright all the way.
Posted by Glen Filthie at 13:56