Well it's kinda a grey day today. Saw a few snow flakes but I *think* winter is pretty much done with us. The only snow I am seeing now is in some of the shadier places where they stacked it up during the winter - and all that is pretty close to gone. With nothing pressing, I decided to have another go at chicken. The wife had $14.00 of chicken in the fridge so I decided to fire up the sportsman's novelty grille I got from Cabela a couple years ago. 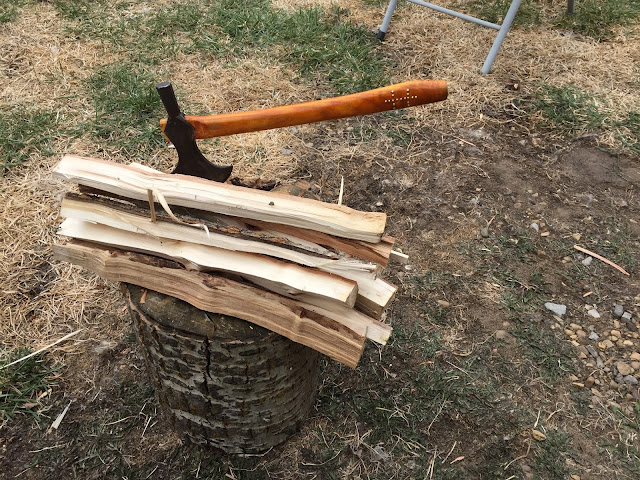 I suppose I coulda done it all with some deadfall I stole from the archery club out in the sticks. I suppose I didn't steal it; the club president said I could have all the deadfall or standing dead wood that I want... but I felt like a thief when I was taking it for some reason, HAR HAR HAR!!! Maybe it's because if I got caught by one of the club executive stubfarts, I would have gotten the third degree. Those guys don't let anything go. The little colonial belt axe did the honours with some of the bigger stuff I split to get a nice bed of coals going. 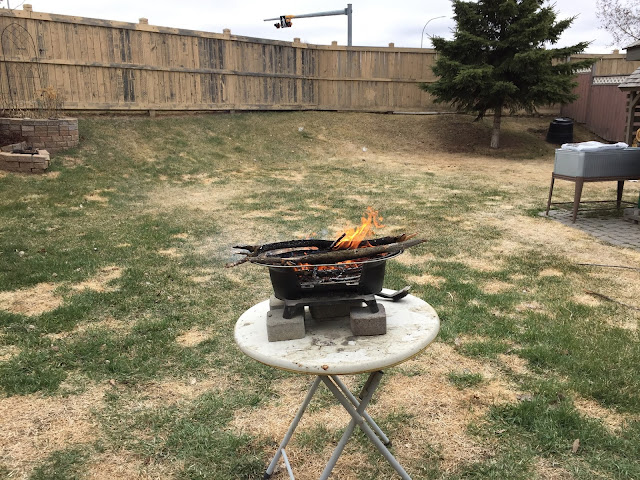 It's not the usual cheap pot metal hibachis you get from PakieMart or Ukranian Tire - this one is cast metal but I wonder if burning wood in it isn't a little too hot for it? I will find out I suppose. Lunch today is a chicken marinade: ya put the chicken in with Soya Sauce, honey, and sweet chili sauce. You are suppose to let it ferment for half an hour but I let it go for a couple as I had to take the dawgs out on patrol.
I didn't have any liquid honey, all I had was that hard crap. I scooped out a couple table spoons and nuked it to soften it up - and you really gotta watch it - in less than a minute it was bubbling and boiling and made a helluva mess. 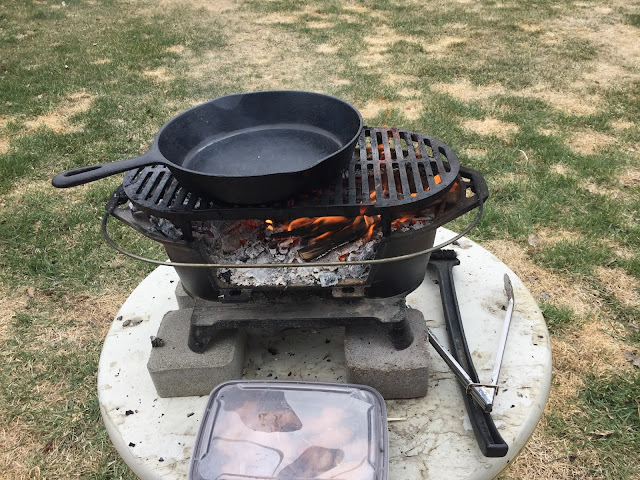 All ya do is heat up the cast iron fry pan and dunk the whole works in. 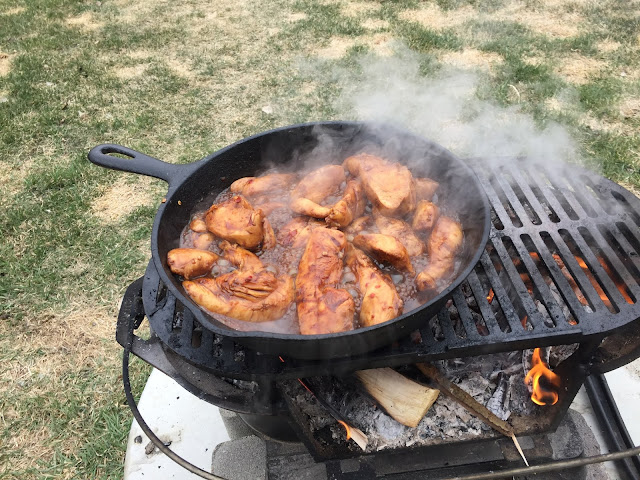 Yes I could have done all this on the stove... but I figured if I had a run away boil over or something, it would be better off having it outside... and I just needed something to do today.

Hmppfpfpfpfpfffff. Not bad. It's no screaming hell either... we'll call this one a win, because nothing burned or boiled over or broke! I am going to pig out... and maybe leave a few scraps for the wife when she gets home from work tonight.
Posted by Glen Filthie at 12:29