I was on Blab the other day (always a mistake, the tards over there haven’t been raised right and they are a bad influence on me) - were talking about a mass firing of a morning radio crew. One a the wanks on the show told a joke: “I like my women women like I like my coffee! Not to dark, not too light.... like a Halle Berry mocha...”. The radio station manageMINT had a bird, and fired the entire crew for - WAIT FOR IT.....

HAR! Obviously the joke was meant to offend wahmen, negroes, bed wetters and retards. They fired the prankster AND a couple of his cohosts. They figured they must a been “proximity racists” and they had to go too! 😂👍 HAR HAR HAR! Those politically correct mass media slobs are eating their own! Excellent!

Sadly, that is what I do on the net these days. I spend my time looking for rude jokes, marvelling at the stupidity of my fellow man, and getting pished off at him when I get hit by a piece of dung that he’s throwing at the world. It really is amazing and I’ve noticed it before, as have others: we have the sum knowledge of all mankind in our pockets and notepads. And we use it to get in stupid fights with strangers and watch dumb cat videos. I am no whiz kid... but I am not a total retard either. I started thinking that maybe I can use the most valuable tool ever made by mankind for something better. Unemployment is rotting my mind.

I’m kicking around the idea of learning another language, just for the hell of it. Which one, though?

Fwench is out, we have those cack suckers here in Canada and fwench is the language of cowards, assholes and morons. German? They’re just like fwenchmen except more dangerous. Dead languages like Latin or Gaelic are out... I may be obsolete but not that obsolete... None of the more obscure tongues appeal either. The oriental languages don’t appeal; they are inefficient and cumbersome.... Yannow, I could never be charged with racism myself; I hate everyone equally. 😊👍

Russian? Hmmmmmmmmmmm... the Cyrillic alphabet has 33 letters. The Russkies are currently a relevant world power. Yes, they are scum sucking commie bastids... but for all that... I like the way they handle shithead trouble makers. Political protestors get billy clubbed and kicked into paddy wagons and hauled away. Putin and his gang may be gangsters, but he isn’t a clown like Justin Turdo, or a faggot like Obama, or a geriatric vegetable like Joe Biden. You really have to question the intellect of people that elect and tolerate such “leaders”. It wouldn’t violate my rights one iota if those rioting black baboons of BLM got shot or clapped in irons. Do the same to the white street kids and university student turd brains of ANTIFA if you are worried about charges of racism. Discrimination against stupid, violent people is legal as church on Sunday, liberals be damned. We could learn a thing or two from the Russians.

Can you learn a foreign language off the internet? Perhaps get a better understanding of the people and their culture? There’s a bunch of vids on OyTube about it... so maybe I can start there? It might be a good way to keep the mind working, constructive and healthy in these days of lunacy and hysteria. 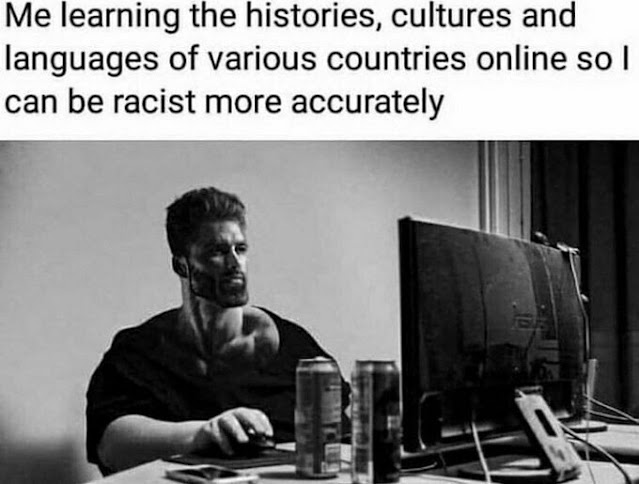