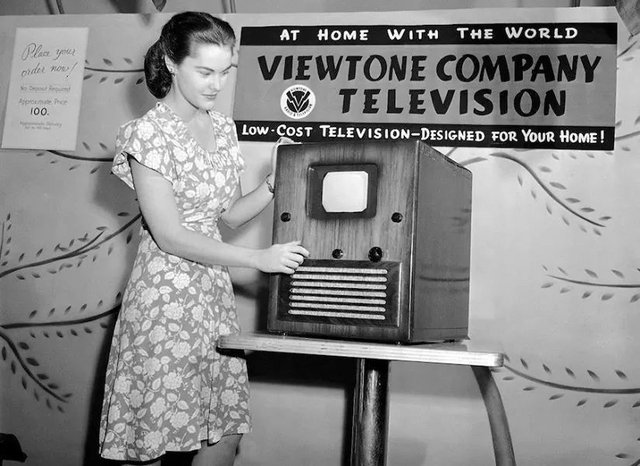 Our TV is slowly dying. It has a red streak down one side and that's the only colour that will show on that line of pixels. Doesn't bother me at all but if it gets worse we can just pack it out to the trash and good riddance to it. I dunno what it was - a 48"? 46"? Whatever it was - it was dirt cheap, I don't think we paid much more than 600 dollars for it. The wife put another smaller one in stores to replace it once the current one calves for good. I turned off the TV over a decade ago and never had cable. When the computer was invented I could control my own programing and filter out the idiocy and lunacy with ease. Web searches turned up decent content with a click of a mouse.

We have Netflix and Disney for streaming services right now. I'm trying to get the wife on board with controlling the Woke Folk. I realize they are fully in charge of both those services and regularly stream materials that promote degenerate ideals such as homosexuality, pedophilia, and Marxism. All the services do, it’s just the state of the world. My thinking is that I can punish them for that: I will watch the content that doesn’t offend me - and then give them the punt! If I was in charge of the bills, I’d cancel Netflix and just do Disney until I got through their good content- then cancel those suckers and do Hulu or whatever the other ones are. By refusing to commit to them maybe they’ll get the idea and stop insulting their customers? Whatever, it’d also a great way for me to flip the bird back at Hollywood. But the wife doesn’t cancel them. If I broach the subject she wants to cancel them all... and then I have nothing to watch at all! Which... might be a good thing after all...🤔

Pop is definitely part of the TV generation. I think his TV is 60” and he pretty much watches sports on it. He has a fairly comprehensive cable bundle too. He doesn’t give a second thought to costs of TVs or cable programming; for him it is a life necessity. He only turns it off when he is on a long range dog walk or doing his chores. He’s doing alright for an 80 year old. It allows him to ignore his wife too, HAR HAR HAR!!!😂👍

At the time that pic was taken, the futurians predicted that TV could babysit and educate your children, keep you informed and ahead on current events, and even entertain you during supper. Do you remember TV trays? And... ulp... TV dinners?🤢

🤮
Gah! This trip on the Wayback Machine was a little rough, wasn’t it? Perhaps the wife is right? The TV has actually done some real damage in our homes.
Think I’ll just turn it off, flop out on the bed with an Econo-bag of Cheetos, a 42 oz Coke and my tablet...
😊👍
Posted by Glen Filthie at 10:10