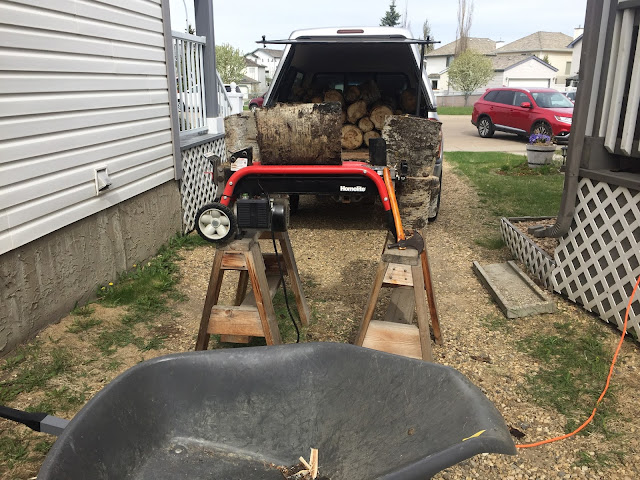 Today I am hard at work splitting all that firewood I stole from King Peter. It’s hard work for an old fart with a buggered up back and a few pulled tendons but I got the current load on the Dawgmobile offloaded, split and stacked. It worked out to about a third of a chord. It should keep the campfire going next year. It is man’s work, even with my sweet log splitter - and it satisfies the soul in some undefinable way. I’m going to camp out at the gun club this week sometime and burn the last of my last years stash of firewood. My back is on fire... but it feels so good! After I got that done I smoked the last of my stash of summer cigars. I call myself a non smoker, but every summer I will buy a few and dwell in Valhalla while they last.
Today I was smoking Century Sam cigars, and I can’t recommend them. They are absolutely horrible - I took a drag on one and got a mouthful of that horrible tar that you clean out of your pipe... cigars shouldn’t do that in my experience, and afterward I thought a sea gull had pooped in my mouth whilst I was sleeping. But I was not deterred; Marlboro Country is real. I have been there as most tobacco addicts have, and it is a glorious place to be while the weed holds out. Getting out is a real bugger though... so I have to be super careful that I don’t get addicted again. I cannot afford it, HAR HAR HAR! My heart almost broke when I was at Big Al’s last week. He had a collection of short butts and I think he was saving them all and using the dregs to make a home rolled cigar of sorts from them. I suppose he could bite the big green wiener and quit like I did... but he’s a big boy. I bought him a pack for letting me borrow his bike lift to change the oil on Big Red. It was weird... I saw the look of gratitude in his eyes that shamed us both for a second or two. But us bums have to stick together! We got over it as soon as we lit up. 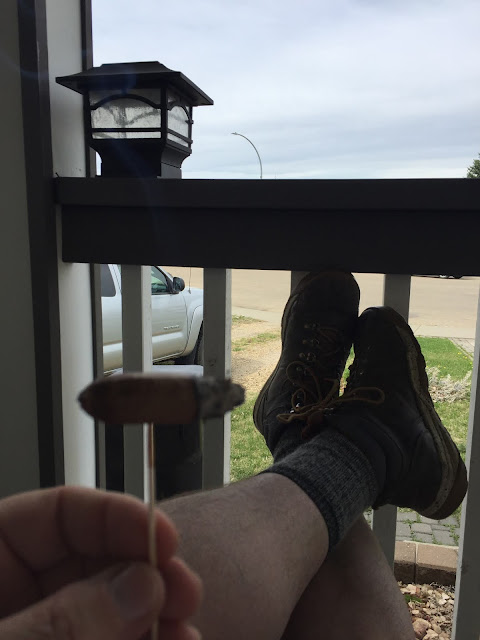 Lookit this - I invented a makeshift roach clip so I could smoke my gaggers right down to the nub! 😂👍
As usual, the year’s crop of dandelions are coming in and pishing me right off. As soon as I see those dammed things I shred them with the weed whacker but I dunno if it slows them down or not. All the weed killers I have often kill the surrounding grass to and make the place look like hell. I used to be able to buy a weed n’ feed concoction but those beshitted environmentalists got it banned so... I do what I can.
I have seen some vids on JewTube where the granola gobblers make dandelion tea. I’ve never tried that so I will give it a go tomorrow. Maybe it will wash the horrible taste of those cigars out of my mouth? I will take them from the crop in the front yard because the dogs do their business in the back yard and I don’t want any added nutrients to my tea if ya catch my drift. I will keep you posted.
At some point, I suppose... I am going to have to get off my arse and do something constructive that won’t put me in jail or the hospital or the morgue. When I figure out what that involves, I’ll let ya know!
In the meantime keep your stick on the ice and have a great Monday.
Posted by Glen Filthie at 12:17