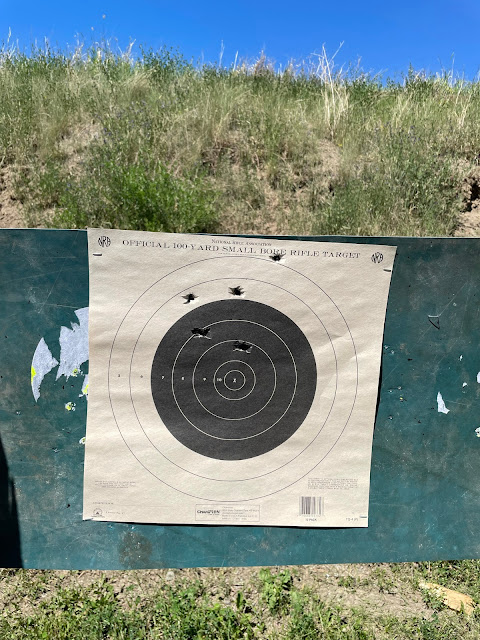 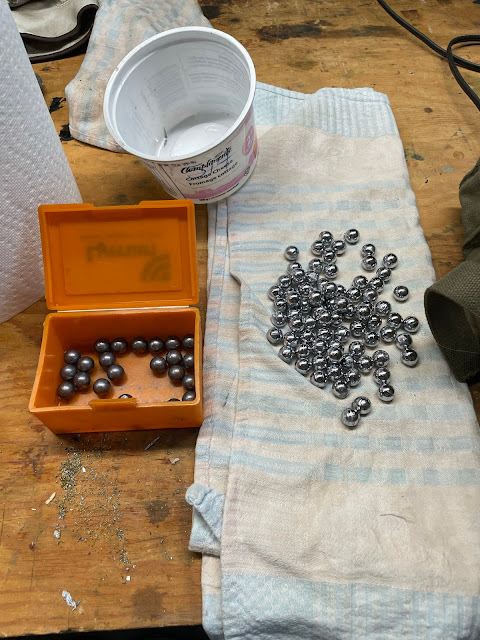 Well…it has been a long time. Year and a half or two, anyways. I broke out the cap and ball pistol today. I don’t shoot it nearly enough. The problem with these cheap Italian repro western guns are that they are sighted incredibly high. If you wanted to hit a man in the chest at 25 yards - you’d have aim at his belly button. I shot this group as fast as I could load it and shoot it. If I measured out my powder charges, and shot slowly and deliberately I could cut two inches off that group, maybe even three.
The balls drop from the new mould with a pronounced sprue which is new to me. All cast boollits have a sprue; some are just more obvious than others. Here it’s no big deal; you just seat the ball in the cylinder sprue up, and ramming it home into the cylinder probably pushes it more into round as it seats.
The next project here is a proper tall sight so I can get a proper aiming/sight picture. To shoot this group I had to aim about a foot and a half low. I’m thinking a squared off handsome Patridge style blade will do nicely. The beauty of these guns is that the bubba can easily modify them and not get into trouble.
Stubfart Mike has an interesting treatise on the subject for those that would like to take their cap and ball shooting to the next level.
Posted by Glen Filthie at 18:02