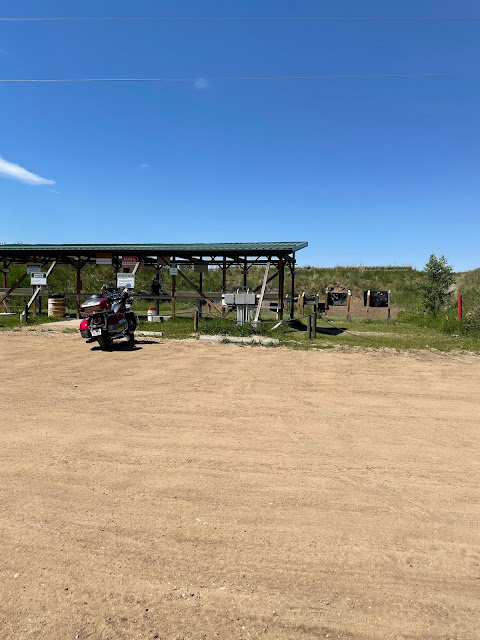 I am in the grip of the demon Sloth today. I barely managed to drag my arse out this morning for my constitutional walk. I got my 8.2 clicks in but by the time I dragged myself in the day was already heating up. Good lord, I used to run that every other day; and the wife went even further. I was soaked in sweat when I got home.
In the afternoon I rode out to the range on Big Red to wring out some new bullets I’m making. I baked in my leather jacket on the way out and drank off a 1.5L water bottle while I was there. It was a waste of time, instead of careful load evaluation I found myself plinking instead. As I said - today I am an intellectual write off.
TB has a good one up today about the friction between church and state in the latest tempest in a teapot and who has the right of it.

I pooped in the comments even though I know nothing about it. It’s a fascinating discussion and the comments from the other visitors are as good as the post. I admit up front I could be full a beans, but I think the problem that afflicts the Catholics is the same one that afflicts the nation: we don’t police ourselves anymore. Their crazies are out of control and they are getting into positions of power where they do real damage. They used to be a voice of conscience and reason… and today, every time that idiot pope goes off, he sticks his foot in his mouth. Their leadership is infested with perverts and idiots and they do what they do without consequences. So it goes for our govt. If the Catholics are going to start policing their ranks, and kicking out the sinful and corrupt… I wish them every success.

In this one, the Z Man contemplates history through the lens of dissident politics.  I love his clarity of thought and rotten wit. Like many, I no longer accept many official historical narratives and assumptions, nor will I be silenced because some idiot calls it hate speech in order to avoid being questioned.

There is some spectacular cerebral heavy lifting going on today, and some of it is worth your while.