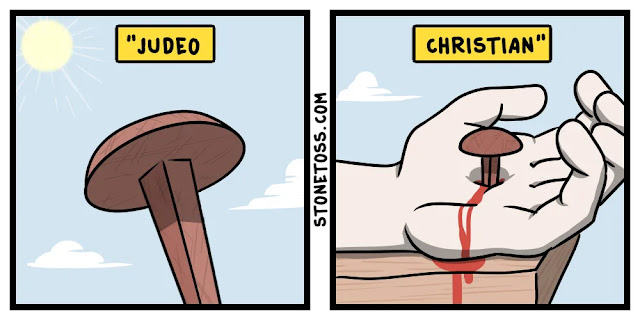 Saw this one over on an Blab…

I an getting old enough that I come across the younger crowd and often I have no friggin idea what they’re talking about and can’t figure it out from the context. It’s disconcerting, especially when I see stuff like this. What in hell is a “Judeo-Christian? Is that like a white woman pretending she’s black, or a man, or something in between?

I hang out near the edgier pundits and the outright crime thinkers. In years past I stood firmly with Israel, and sympathized with victims of antisemitism. I have since withdrawn my support for them and now adopt a stance of indifference. I’m not going to get into it, I have seen things you can’t unsee. In my circle it’s called ‘The JQ’ or the Jewish Question. I have seen arguments against the idea that these guys are our friends, and solid evidence that is beyond question or doubt. I will not take up arms against them, but nor will I ally myself with them or actively support them anymore.

I’ve been berated for that too. “Filthie you idiot! You’ve been listening to poisoned minds and half truths!!!” Hmmmmmm. ‘Half-truths’? Does that mean there is such thing as a half-lie? If so, why is a half lie about them better than a half truth? To even talk about this stuff or ask questions is heresy and apostasy for some folks.