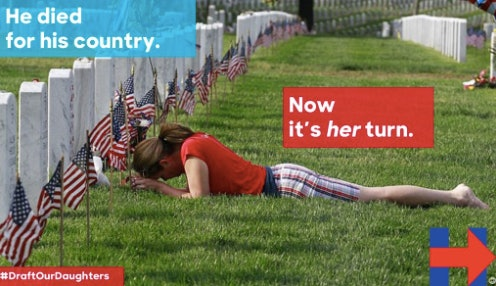 Every day we are confronted with more evidence that our leaders are nuts and have to be disregarded, if not replaced. Are you Yanks seriously going to draft your daughters and send them to fight for you?

Years ago I was down in Aaaaaaaaadmontin's river valley park system in the scorching summer heat. A string of squaddies popped up on the trail. Their ever-indulgent commanders had decided to treat them to a nice walk in the park too - with a full ruck, head-to-toe cadpat and heavy combat boots. But the boys embraced the suck and called out rude jokes to each other, encouraging their friends to stroke out and give their mates a chance to rest. Mommas were insulted, intelligence, ancestry, and sexual prowess were questioned - and the boys tramped past. Nobody was going to stroke out in this heat and if he did, he would never live it down. That much was obvious. Five minutes further down the trail a huffing, purple faced fattie popped up on the trail - looking like she was going to stroke out any second. She was heavier than I was and probably less fit - and I am in bad shape.

These power wahmen are going to get themselves and their squadmates killed.