Parent Of The Year 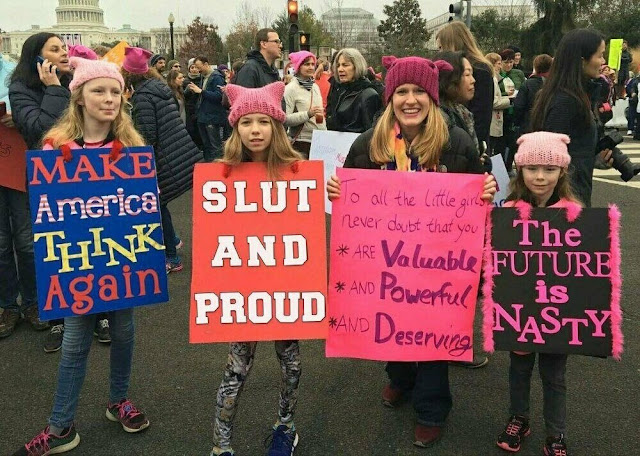 I look around sometimes and I wonder if some parents are just hellbent on destroying their children. I am rapidly becoming convinced that the worst abusers of children are women.
Our sons hide in the basement playing video games these days because if they go out, lunatic women will want to castrate them and lunatic men will want to sodomize them. If they resist or object, they are accused of sexism, homophobia, toxic masculinity and bigotry.
What we're doing to our daughters is even worse.  They are taught that they know everything, that they have the moral authority to lead and that they can do no wrong. If anything bad happens to them, it's never their fault, it's all the fault of imaginary patriarchs, racists, and other fake bogeymen.
I suppose we'll see how many of them are smiling in another twenty years.
Posted by Glen Filthie at 09:30