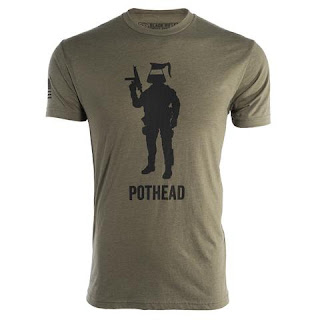 Hmpppfffff… So the mutts at Black Rifle Coffee did the woke thing, and kicked their loyal customers in their political nards.  Their customers are all a bunch of filthy racists, dontchya know! I gotta say… I never really liked those guys and their corporate image (f*ck their feelings!), because like all corporate shithawks… they’re phonies. They cultivate that kick-ass straight talk patriotic operator image, they position themselves as patrons of military vets… and they sell their coffee to other phonies and poseurs. That flimp, Aesop, is almost in tears after they accused all their customers of being racist, and the Christian ones of being militant white supremists.

I’m told they are owned by jews, and nowadays most of those guys are shitlibs and virulently anti-white. Historically this is what joos do: fink on their business associates and betray their customers. Historically, this is what liberals do: accuse you of doing exactly what they are. Part of the angst here is understandable: we aren’t allowed to notice this stuff which is why guys like Aesop are having an emotional melt down - but that isn’t the point I want to make.

It’s COFFEE, you retards! You make that crap at home! It comes in an econo-can! Pour in the coffee and the water, push the button - and you’re set for the day! Fill your insulated mug, and pour the rest into Stanley, throw him in the truck - and get on with it. Stop with the tears, the denials, the gnashing of teeth!  Stop buying from people that hate you. Why all the drama?

Keep your coffee and your life simple and free.