The Demise Of The North American Bison 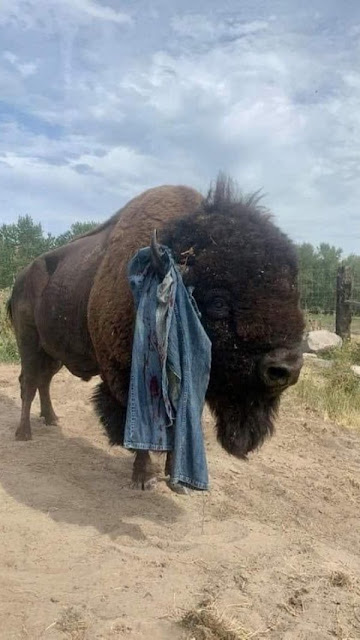 They had it coming.

You’ll probably never hear this anywhere else but here at the lowly Thunderbox. For awhile I used to willingly associate with the eccentric and unsavoury black powder muzzle loading geeks. These guys were amateur curators and anachronists. They don’t give a hoot about political correctness… but they live and die for period correctness. They will almost get in fist fights over historical details they disagree about.

One thing most of them agree on is that the great Buffalo herds were not decimated by the white man as per the popular narrative. During the period there simply weren’t enough people in the west to do it. They argue that few people really understand how many animals there actually were at the time. The only thing that could have wiped them out in those numbers is disease.

It may sound like a lame attempt at historical revisionism and white washing, but no. They also agree on and acknowledge the buffalo eradication programs were a historical fact… but that they just couldn’t explain the massive die off seen in the great western herds of the day. The indians were subdued by warfare… not starvation. Make of that what you will; deliberate starvation of your enemy is an old form of warfare and is still in use today. Blaming your enemies for disease and pandemics is still around today too.

I used to wish I could hunt them, but in reality they don’t make good game animals. Other than man, they have no real enemies or predators that can effectively take them on. They aren’t good farm animals either, despite the novelty buffalo ranches. Your fencing has to be on par with the Maginot Line and these critters do not domesticate easily. The world moved on, and these guys had no real place in it.

Perhaps the same fate awaits us.