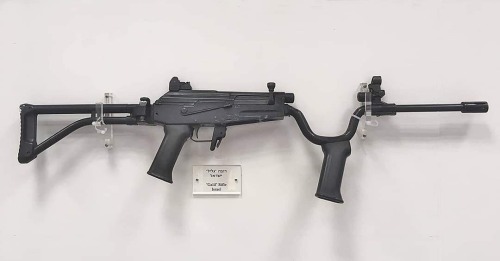 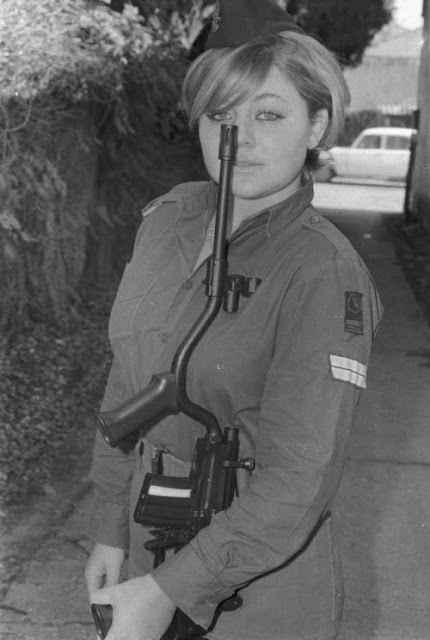 There’s some American squaddies where all they do is parade around, twirling and flipping their guns back and forth. They are in dress uniforms, the timing and precision is on par with a Swiss watch, and sure, any six gun show off can spin his pistol on his finger… but these guys are lobbing chromed M14s around. There’s no music and no talking, and if one of them screws the pooch, the whole show will become a clown act. Those guys are choreographed to a cadence only they can hear. What does an M14 weigh? 9 and a harf pounds?

Apparently the Israelis have some women exhibition squads that need a gun that is anatomically correct for the drill, and this is what they came up with.

Gunnies are so full a chit - I dunno whether to believe this one or not!

Far as I’m concerned, most women in the military would be far better spinning around on poles and shaking their money makers on high heels.