Am I Crazy? Because All I’m Seeing Is High Comedy… 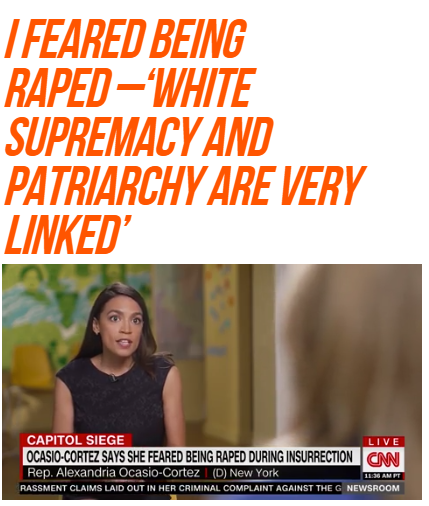 Ya see that? AOC reads the Thunderbox.
She must have seen my recent scholarly post on raping and pillaging.
👍
From all the news bytes I saw, that insurrection looked awfully tame. I saw lots of grannies, tourists and stubfarts, and maybe a few drunked up wanks. The bum’s rush out the door would have taken care of most of them. A few might have been let off with a slap on the wrist. You might argue the drunks and vandals should be given 30 days, maybe. About the only real jail time that should have come out of that was the cop that shot the army vet, and I think maybe the guy that stole Nancy Pelosi’s laptop. But apparently there were all kinds of murderous 300 lb. racists and sexists there and nobody caught them on camera. I’m sorry… I can’t help but laugh at the poor oppressed bar maid.

My good buddy Aesop is on a comedy tour de force too! He spent the past year scaring the chit out of seniors, neurotics, rubes and hypochondriacs with the chinkypox, promising choked hospitals and morgues, with bodies stacked in the street, how everyone has to mask up or they’re gonna DIE, and now that the tard has everyone around him gobbling in fright…his gubbimint bought the pant load he was pushing, and is trying to impose mandatory vaccination. Aesop is now threatening to go ballistic if they try to force him to take the jab. Ya can’t make this shit up! I think he should propose to AOC… they are turds of a feather!

As for me, no, I am not getting the jab.  Canadian politics are reasonable unlike those of you ignernt Americans! Unlike that idiot Aesop, I am willing to deal: I am holding out until that flimp of a prime minister of ours meets my demands: I will get the jab IF he promises me a coupon for free junk food! And I am not talking about just the fries either … I want the full Happy Meal with the Ronald Macdonald treat of the week! Until then, I will flounce hither and yon, spreading COVID, flatulence and BO wherever I go! Clock’s ticking, Justin! Tik tok! HAR!

Hope y’all are having a great Monday! And if anyone has any problems with my odour or contagion, please mail your objections to: